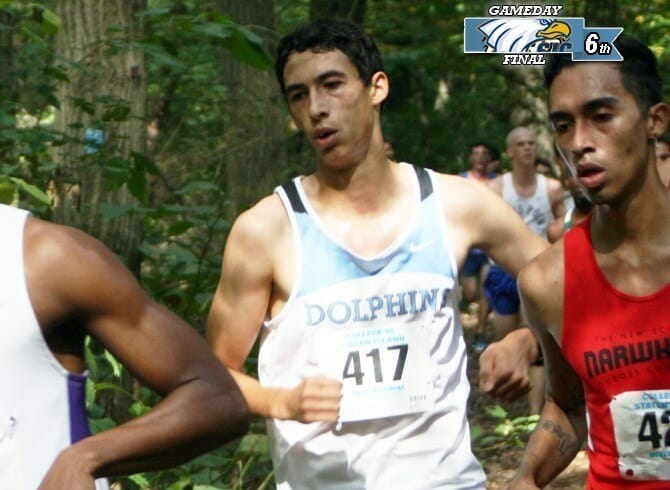 The College of Staten Island men’s cross-country team was back in action on Saturday, and ran into a 6th place finish at the St. Joseph’s College (LI) Invitational at Sunken Meadow Park in what was their final race before the CUNYAC Championship.

CSI scored 165 points, which was the best of the five CUNYAC schools in attendance.  US Merchant Marine Academy won the race with 38 points, followed by Bloomfield College (77) and SUNY Maritime (119).

For the first time this season, sophomore Liam McMunn led the way for the Dolphins, rolling in with an impressive 29:51.15 time, good for 22nd overall in the field of 157 runners.  Teammate and four-time CUNYAC Player of the Week Andrew Scharf was right on his heels with a time of 30:16.83, good for 25th.  Matthew Day followed soon after, posting a time of 30:38.90, placing him 29th.