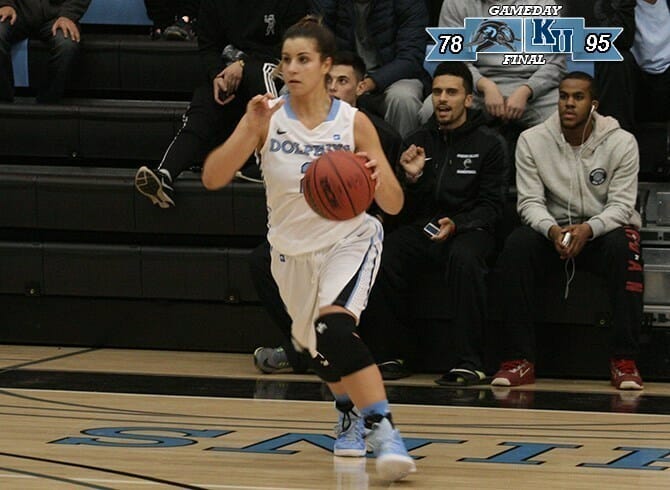 It was a back-and-forth affair for most of the game’s first half, as both teams used mini runs to combat the other.  It wasn’t until the third quarter where the Cougars wrestled away control, but until that time the Dolphins had plenty of success.

Marajiah Bacon scored six points in the opening stages for Kean to get the Cougars up by a comfortable, 14-6 cushion just about five minutes into the game.  But the Dolphins traded baskets from there, and made up more ground on an Angelique three-pointer with 1:33 left in the quarter to keep CSI involved and down only five, 21-16, at the end of the first session.

Kean followed by scoring the first five points of the second quarter to take a big, 27-16, lead, but the CSI made its move.  Back-to-back three’s from Samantha Flecker and then a five point tear by Christina Pasaturo ignited a 12-0 run, giving CSI back the lead, 28-27, with 5:20 to go in the half.  Later, an 8-1 CSI run gave CSI its biggest lead, 37-33, with one minute to go, but the Cougars responded with five straight Tori Shweyher points, including a three with two seconds to spare to put Kean up at the half, 38-37.

Ironically, CSI seemed to be in control midway through the third quarter before hitting a wall.  CSI led 48-44, powered by another pair of baskets by Flecker and a Nicole Vierno lay-up.  Kean, however, had other ideas, and launched a 27-7 run in the final five minutes of the frame to exit with a monster, 71-55 lead at the break.

Kean was in cruise-control from there, expanding their lead and holding the Dolphins back for most of the fourth quarter by 20 or more points before CSI finished on a 5-0 spurt to end with a 95-78 final.

CSI will next draw Eastern University, which fell to UT-Dallas in the opening game. 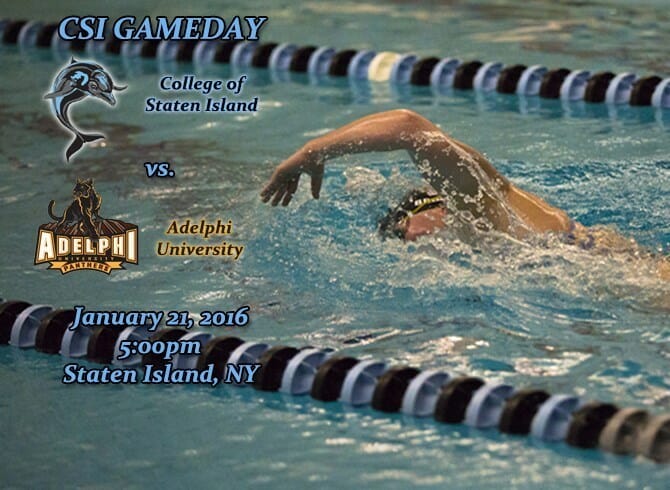