DOWN 29, DOLPHINS STORM BACK TO TAKE DRAMATIC WIN 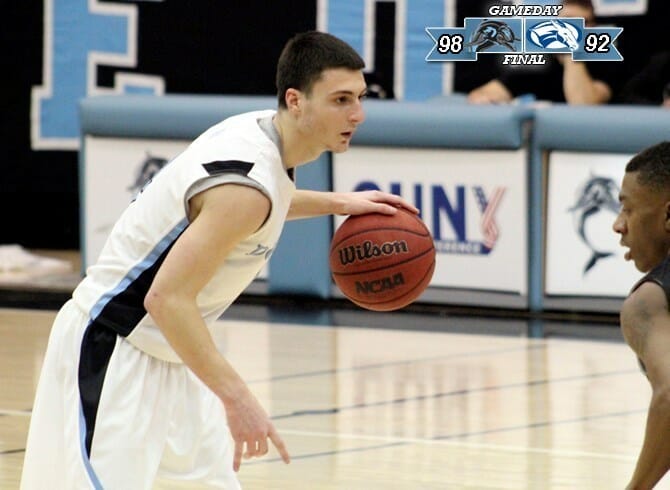 The College of Staten Island men’s basketball team used a school-record 43-point effort from junior Frank Schettino to score one of the biggest wins in program history, powering back for a 98-92 win over Colby College in a game where they found themselves down by a whopping 29 points in the second half.  The win, part of the Worcester Polytechnic Institute Tip-Off Tournament in Worcester, MA, sends CSI to 2-0 on the season, and will pit the Dolphins against host WPI tomorrow.  The Mules fell to 0-1.

Schettino scored 33 of his 43 total points after halftime, connecting on 14-of-26 shots from the floor, 4-11 from three-point range and 11-18 at the line.  He also added a team game-high 9 rebounds and four assists.  Still, the Dolphins seemed defeated after the Mules came back to take a huge first half lead, expanding it even further in the second half.

“We were just trying to stay positive, stay together,” Schettino said.  “All we thought about was chipping into the lead, one possession at a time.  When we cut it to single digits, we all just knew we were going to do whatever it took to win.  It was the craziest game I’ve ever been a part of.”

CSI started hot early, nabbing a 15-7 lead capped by consecutive three-pointers from Edin Bracic and Schettino.  But the Dolphins went cold from there, as CC methodically chipped away.  With 8:48 to go in the first stanza, the Maine school playing in its opener went on an immediate 19-0 run, highlighted by two three-pointers each by Patrick Stewart and Ryan Jann.  They weren’t done there, as Wilson added another three and then Joe Connelly drained a pair for himself, exploding Colby up, 51-28 with just 1:09 to go in the stanza.  Four points by Khaleeq Baum and a lay-in by Will Fonseca, chipped the lead, but the Mules owned full momentum going into the locker room leading, 51-33.

The Mules went right back to work to start the second half.  While the Dolphins shot 0-8 from the floor and 0-4 from the line to open up the stanza, the Mules ripped off an 11-0 run, taking an improbable, 62-33 lead with 17 minutes to play.  The Dolphins needed a boost, and got it in sophomore Bracic, who made two consecutive steals that turned into fast breaks the other way, cutting the CC lead.

Then Schettino took over.

The junior ducked through traffic to convert consecutive layups to drive the lead down to 64-41 with 15 minutes to play, then made two steals and converted another pair of lay-ups to chop the lead further.  Two more buckets then cut the lead to 66-49, and one could feel the tide beginning to turn.

Mired in cold shooting, CC watched as Baum buried a jumper, and then Schettino made three free throws before canning a three with 10:21 to go to cut the lead to just 9, 66-57.  A seven-point tear by Baum ignited the Dolphins further, and then with 7:10 to go, Vincent Dacunto buried a three to cut the lead to a digit, 68-67.  Chris Hudnut banked in a jumper to put the Mules up 70-67, but then Schettino inserted another dagger with a three to tie at 6:02, followed by a Baum free-throw and another Dacunto jumper to make it 73-70.  In a span of nearly 12 minutes, CSI had outscored Colby, 40-8.

The teams would parry back and forth from there with both teams grabbing leads inside of three minutes to play,  Jann’s three-pointer put the Mules up 78-75 with just 1:17 to go, but in fitting fashion, Schettino buried a response to tie with 45 ticks to go.  Neither team would score from there, as Schettino did miss a three with four ticks left, insuring overtime.

CC took the opening lead on two Wilson free-throws, but it would be the Mules’ final lead of the game.  Fonseca scored on a jumper, and then scored again after a Thomas Delahanty missed free-throw to give CSI a comfortable 83-80 lead.  CC closed to within one, but Schettino nailed two freebies and then scored on a lay-up and was fouled, converting the extra point to give CSI an 88-82 lead.  Schettino scored again to make it 90-84, and after a steal, Fonseca dunked one home to give CSI a commanding 92-84 lead with just 1:51 left.

Although CC refused to go quietly, CSI never led by less than two possessions from there, and settled for the 98-92 win.

Schettino lead all scorers with his 43 points, one better than former Dolphins player Cyrus Deas, who poured in 42 points on February 9, 1985, against Medgar Evers College, an 89-74 win.  It marked only the sixth time in 1,091 games that a CSI player has scored 40+ points in a game.  Schettino’s former high was 30 points scored against Montclair State University last year.

“I just tried my hardest to keep the team together and do whatever I could to cut into that lead,” Schettino noted.  “We just dug down deep and did something crazy that I will never forget.”

Fonseca and Baum each tallied 19 points in the win for the Dolphins, with Baum adding seven rebounds.  CC was led by Jann’s 24 markers, with Wilson adding 19.  Hudnut poured in 14 points and shared the game-high with Schettino with 9 rebounds.  Despite being out-rebounded, 42-37, CSI was a +11 in the turnover column.

The win will pit CSI against hosts WPI tomorrow afternoon at 3pm.  WPI scored a lop-sided, 89-64 win over Curry College in the evening’s earlier contest. 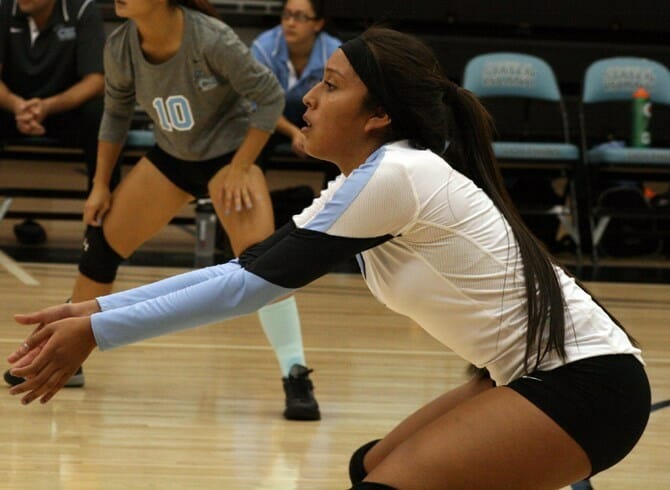 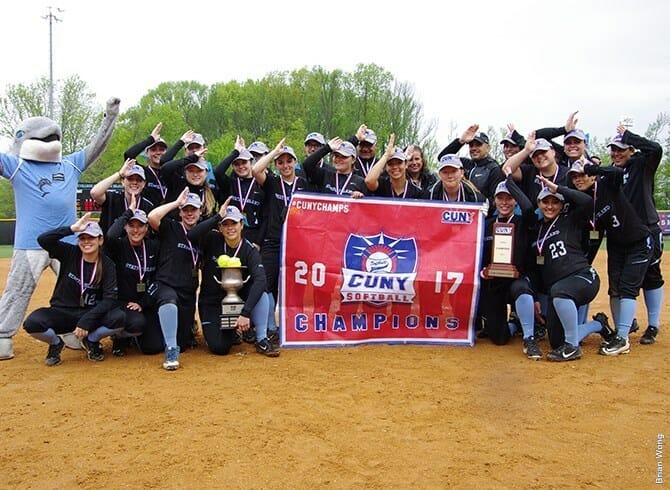 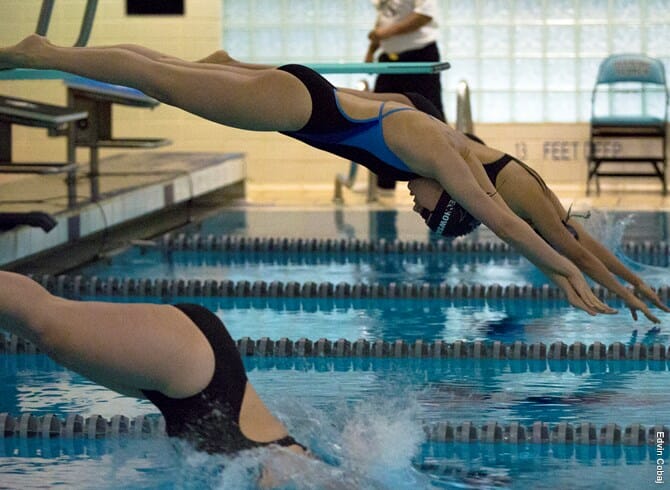