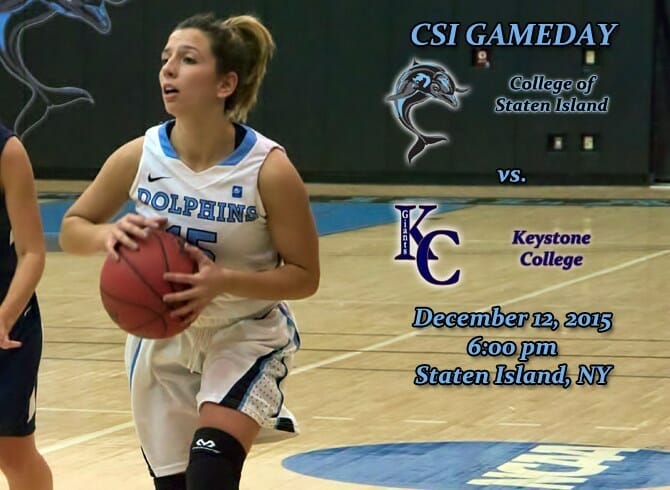 The College of Staten Island women’s basketball team recently scored their fourth-straight win on Thursday, powering to a big win over John Jay College.  The Dolphins will return home on Saturday, hosting Keystone College, for a 6pm showdown at the Sports & Recreation Center.  The Giants are 4-4 entering the game, and have been idle since Wednesday.

CSI vs. KEYSTONE COLLEGE AT-A-GLANCE
Matchup: CSI (5-3 overall, 3-0 CUNYAC) vs. Keystone College (4-4 Overall, 1-2 CSAC)
Where:  Sports & Recreation Center – 2800 Victory Boulevard, Staten Island, NY
Tip-Off: 6:00pm
Live Video:  http://www.csidolphins.com/CSISportsNet
All-Time Series: First Meeting
Players To Watch (CSI): CSI’s Christina Pasaturo leads CSI with a points per game average of 17.4, adding 6.4 rebounds per game.  Samantha Flecker is averaging 8.4 rebounds per game, adding 17.0 points per game.  Nicole Vierno adding 10 points in CSI’s game against John Jay on Thursday, and lifted her season average to 8.3.  Jamie Pifalo continues to be lethal from downtown, connecting on 43% of her shots (13-30).
Players To Watch (KC):  The Giants have three players averaging in double-figures.  The balanced attack is led by Destinee Hall’s 13.1 points per game.  She also leads the squad with 8.0 rebounds per contest.  Bryce Garrett is averaging 11.6 points, while Nina Hodanich is averaging an even 11.0.  Samantha Donahue paces the squad in assists with 14.
News and Notes: Tonight marks the first meeting between the two teams in their program’s history.  As it stands now, CSI is averaging 76.9 points per game, which is the third-highest total in program history.  Their three-point field goal percentage is also ranked third all-time at a 32.8% clip.  The Dolphins are 5-0 this season when allowing less than 70 points; 0-3 when they do not.  In fact, CSI is holding opponents to just 52.2 points per game in their five wins, while allowing 86.7 in their three losses.  Keystone is averaging 67.3 points per game this season.  Both teams pride themselves on forcing turnovers.  CSI opponents are averaging 22.7 turnovers per contest, while Keystone opponents are averaging a whopping 27.6 turnovers.  The teams are combining for 26.4 steals per game. 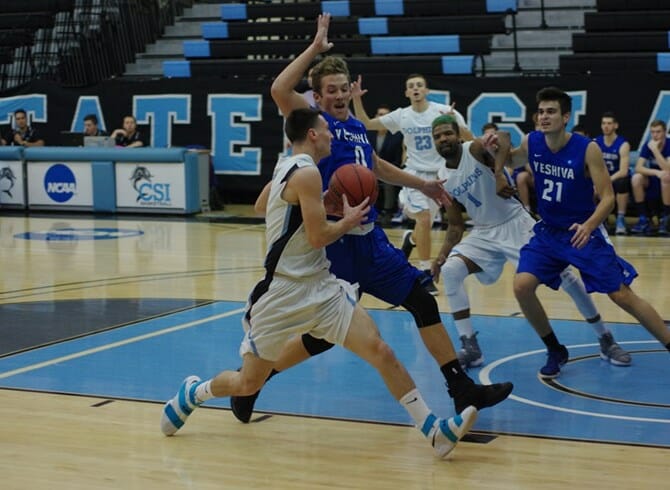 DOLPHINS ROLL OVER BROOKLYN TO CARRY WIN STREAK TO 12 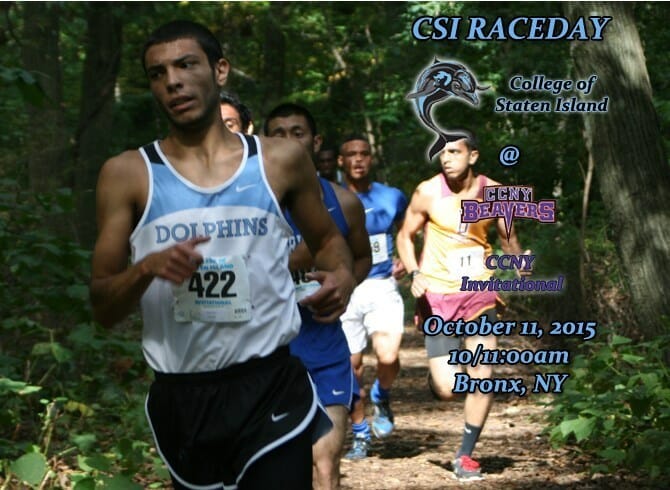 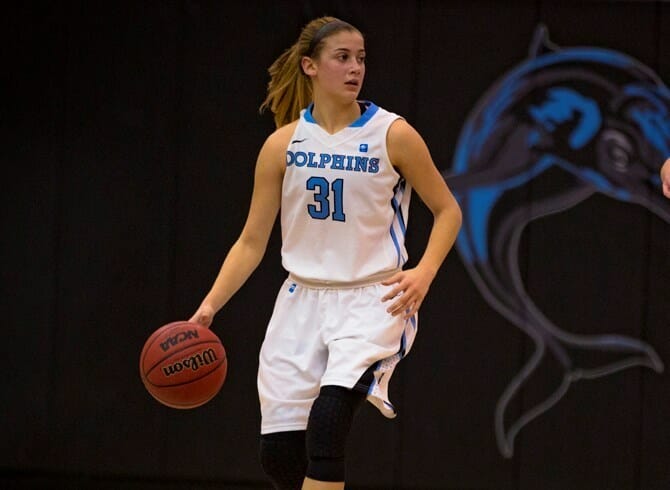 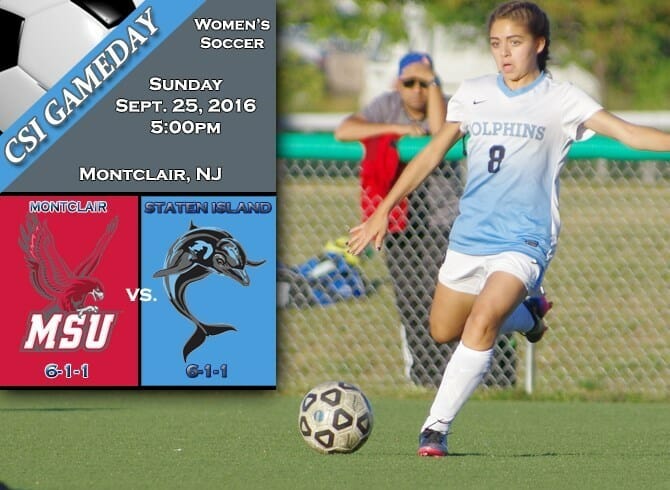