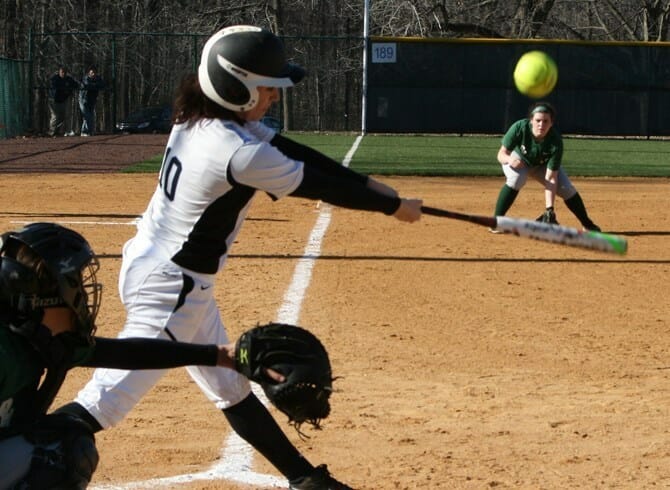 The College of Staten Island women’s softball squad officially ushered in their 2016 campaign this afternoon in Kerrville, Texas, and took a doubleheader sweep against Schreiner University by scores of 5-2, and 4-0, at the SU campus.  The Dolphins, who spent their first official day as a team on an outdoor diamond, advanced to 2-0, while the Mountaineers fell to 0-8.

In the opener, junior Jacqueline Cautela went the distance for the Dolphins in the circle, and senior and reigning CUNYAC Player of the Year Christina Tufano belted a two-run homer in the fifth inning to highlight the three run win.

In game two, it was all about defense, as CSI got sterling defensive gems from their unit, including a pair of big double plays from Antoinette Galbo and Cautela.  Meanwhile, in the circle, sophomore Nicolette Trapani tossed the complete-game shutout, recording eight strikeouts.

CSI gets right back to work tomorrow when they travel to face national power Trinity University for a 12 Noon (1pm EST) doubleheader in San Antonio.