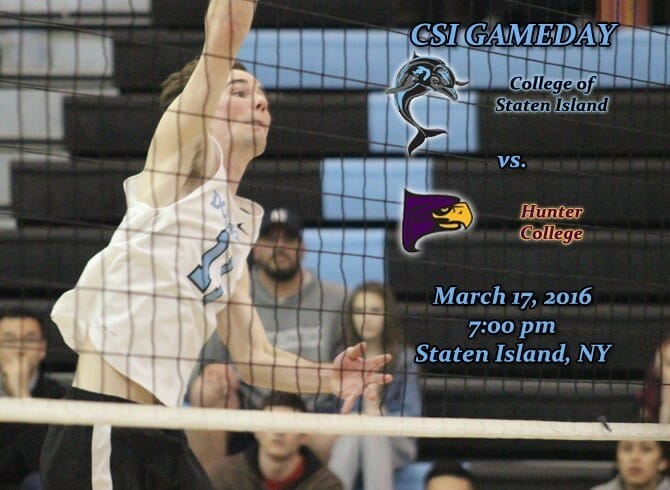 The College of Staten Island men’s volleyball squad is back on their home floor tonight, taking on Hunter College and looking to kill their losing streak, which is now up to eight games.  The Dolphins most recently dropped a road contest to John Jay College, managing to take a set off of the 9-2 Bloodhounds.  Tonight they take on the conference leading Hawks, who boast an 11-0 overall CUNYAC record.

CSI vs. HUNTER COLLEGE AT-A-GLANCE
Matchup:  CSI (4-15 overall, 2-9 CUNYAC) vs. Hunter College (17-7 Overall, 11-0 CUNYAC)
Where:  Sports & Recreation Center – 2800 Victory Boulevard, Staten Island, NY
First Serve: 7:00pm
Live Video:  http://www.csidolphins.com/CSISportsNet
All-Time Series: Hunter leads, 5-0
This Year’s Result:   Hunter has won two meetings
Players To Watch (CSI):  Justin Edwardsen is coming off of an 11-kill performance against John Jay on Tuesday, tied for his third-highest output of the season.  He leads the squad with 124 kills, and he is second on the squad with 20 service aces.  Ronald Tisbe has been an anchor on the back line.  He leads the squad with 136 digs.  The last time CSI faced Hunter, Tisbe led the way with six kills and eight digs.
Players to Watch (HC):  Ben Crusinberry is the primary attacker for the Hawks and boasts 239 kills this season and a robust .248 attack percentage.  He is also leading the team with 32 serve aces.  Joseph Muir is the primary defender, notching 231 digs this season, 75 more than any other Hawks player.  Benjamin Cassidy notched three blocks the last time these two teams faced off, while Nicolas Sanchez led the way in assists (26) and digs (7).
News and Notes: CSI is trying to avoid its longest losing streak of the season at eight games.  They suffered a 9-game losing skid last year, their longest ever.  Hunter has taken all previous five meetings in straight sets.  Dolphins are doing a nice job behind the line this season, notching 121 aces in just 19 matches, that’s 13 more aces than they had all of last season through 29 games.  With five CUNYAC games remaining on the schedule, every game becomes important for playoff positioning.  The Dolphins are currently in seventh position in the conference, a half-game ahead of No. 8 Lehman, who they lost to earlier this season, and are one full game behind Brooklyn College at No. 6.  Hunter is hoping to retain their one-game lead over Baruch College, who sit at No. 2.  Hunter has already clinched a playoff berth, and can finish no lower than fourth in the conference standings. 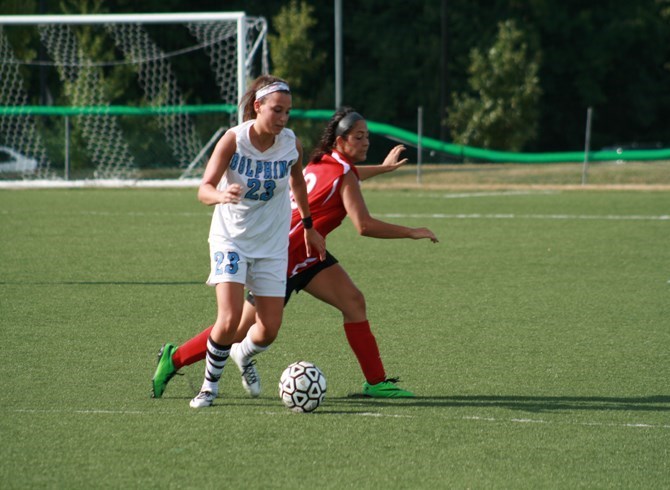 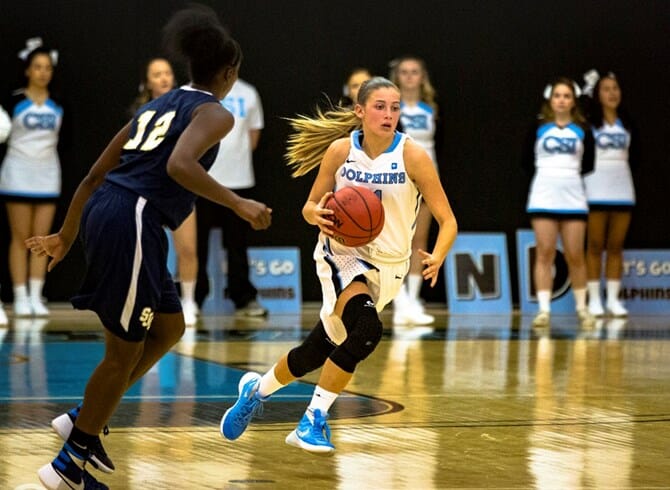 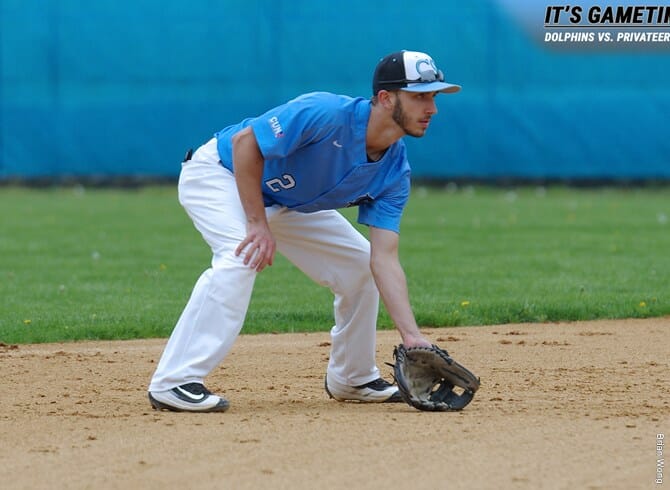 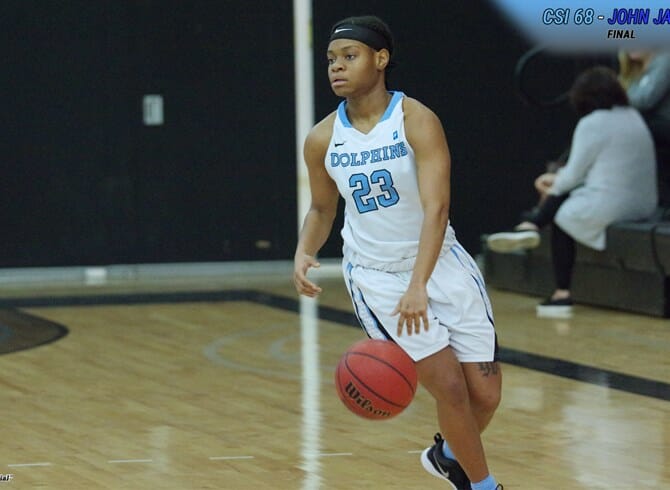 DOLPHINS BLOW PAST JOHN JAY TO GET BACK IN WIN COLUMN