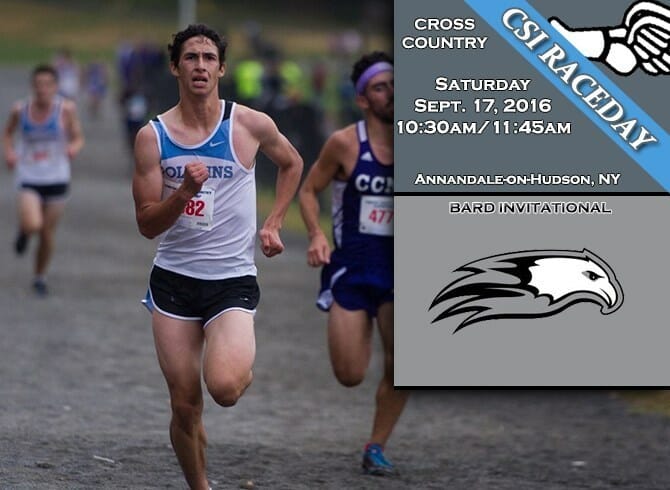 The College of Staten Island men’s and women’s cross-country squads continue their racing season this morning, as they will travel to Annandale-On-Hudson to take part in the Bard College Invitational.  The men’s team, which haven’t been able to score yet as a team anticipate having a full lineup today and should register in the final standings.

CSI @ BARD INVITATIONAL AT-A-GLANCE
Meet Details:  Women 5K / Men 8K
Where:  Bard College, Annandale-On-Hudson, NY
Race Time: Women: 10:30am / Men: 11:45pm
Last Year’s Result:  Women Did Not Place; Men 5th Place (15)
Players To Watch (Women):  In her first collegiate race two weeks ago Veronica Lorenzo put in a great race time and was named CUNYAC Rookie of the Week.  She will look to continue that upward movement this week in another 5k race.  Senior Rebecca Vidal has been a scoring factor and raced well here last year, while teammate Victoria DeBernardo is seeking to steadily improve on her race time this afternoon as well.
Players To Watch (Men):  After two straight meets not being able to score as a team, the men have a full scoring unit this morning and will look to improve on the fifth place standing they showed here at Bard last year.  Liam McMunn has been CSI’s top runner this season, followed closely by Andrew Scharf and Kenneth Morella.  Recent roster addition Khaled Halwani is expected to hit the ground running and could help the Dolphins in the scoring column considerably.