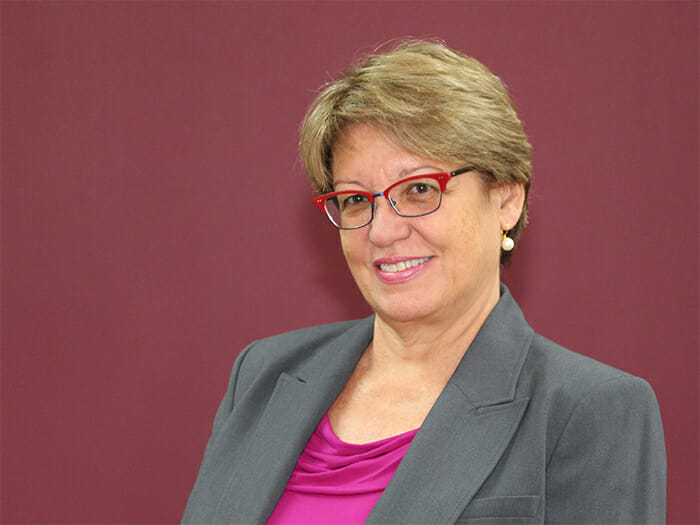 The College of Staten Island proudly announces a new academic leader: Dean of the Division of Science and Technology Vivian Incera, PhD.

Dr. Incera holds an appointment as a tenured Professor in the Department of Engineering Science and Physics at CSI. Previously, Dr. Incera was a tenured Professor of Physics and had served as Chair of the Physics Department from 2009 through 2013 at the University of Texas, El Paso (UTEP). She also served for three years as Professor and Chair of Physics at Western Illinois University (and for one year, simultaneously as Interim Chair of the Department of Chemistry). Dr. Incera also held earlier faculty appointments at Florida International University and SUNY Fredonia. In her leadership roles at both Western Illinois University and UTEP, Dr. Incera had a strong record of fostering research excellence and funding, increasing student success, developing partnerships with other institutions, and strengthening alumni relations.

An accomplished theoretical physicist, Dr. Incera has an extensive record of publications and grant support, including several awards from the National Science Foundation and the U.S. Department of Energy. Her research interests have included the interface of high-energy physics, nuclear physics, astrophysics, and condensed matter, as well as more formal quantum field theory problems.

Effective August 25, 2016, Dr. Incera became responsible for overseeing all the Divisional operations, and for leading them into the development of a vision and strategy for future growth and excellence.

Dr. Incera is already working on several projects to increase the representation and success of women faculty in the STEM disciplines, foster diversity in the faculty and student bodies, and increase student success through innovative teaching and mentoring approaches, as well as the creation of more student research opportunities. She is putting together new initiatives to promote research excellence, foster interdisciplinary collaborations, and recognize faculty accomplishments. This fall, a new DST Dean’s Colloquium Series is starting with the goal of showcasing faculty research and promoting collaborations across the Division.

“I am thrilled and humbled by being chosen to lead the Division of Science and Technology.  I always said it’s the people who make a place thrive. I see why CSI is a wonderful place to work. It has a terrific group of top-quality faculty and staff, all deeply committed to the Mission of this institution and to the success of the students we educate. I feel very privileged with the opportunity to join this university,” commented Dr. Incera.