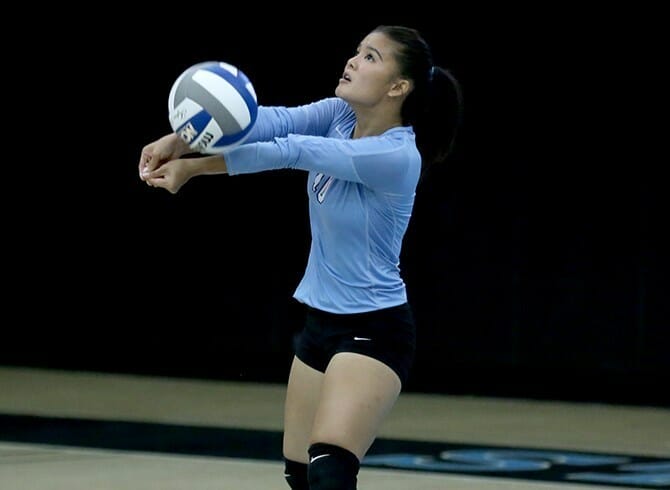 The College of Staten Island went to Newark, NJ tonight and took on Rutgers-Newark at the Golden Dome.  Tonight’s matchup was a homecoming for Head Coach Jason Madsen as just last season he was the head coach of the Scarlet Raiders.  The Dolphins were unable to keep up with the offensive power of the Raiders and would fall in straight sets, 3-0.  The loss drops the Dolphins to 3-7 overall while moving the Raiders to 7-7 on the year.

The Dolphins would be plagued by receiving errors all night as they would commit 14 of them.  Siobhan Granich was the only player for the Dolphins to hit positive on the night. Granich collected six kills on 24 total attacks for a .048 hit percentage.

The Dolphins will return to action on Saturday, October 1 where they will travel to Sarah Lawrence for a tri-match.