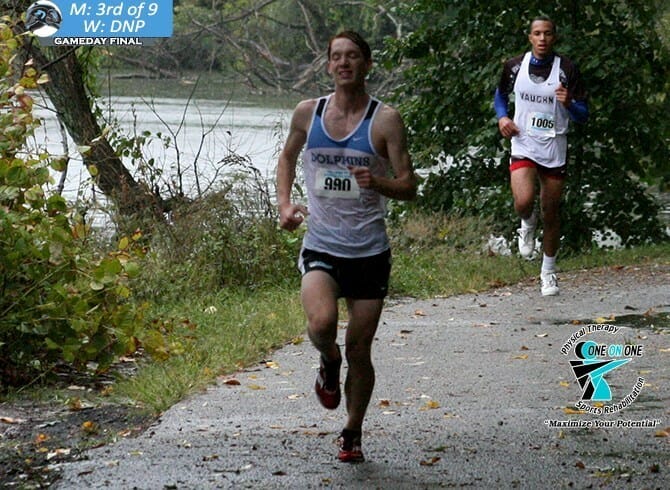 MEET RESULTS – Amidst a steady rain that chilled the morning, the College of Staten Island cross-country program held its annual CSI Invitational at Clove Lakes Park today, won by Yeshiva University in both the women’s and men’s divisions.  The Dolphins men posted a 3rd place finish in their half of the race while the women did not place due to insufficient numbers.  Normally a 5k race, this year the women’s race was moved to a 6k, while the men raced an 8k.

CSI’s 59 points were good enough for 3rd place overall in the 9-team meet and was behind CCNY’s 50 points and Yeshiva’s 45.

The race times for both the men and the women were incredibly encouraging given the very wet and sloppy track on hand this morning.

CSI will next take part in the St. John’s University Fall Festival at Cunningham Park on Sunday, October 16.