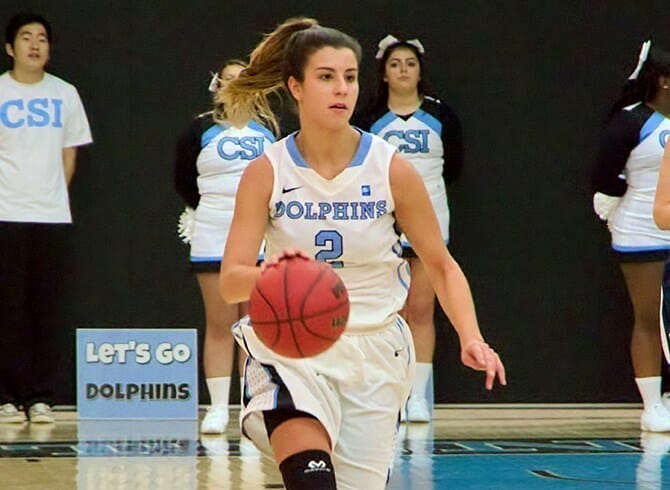 After a healthy week of statistics that resulted in a 1-1 record for the Dolphins, College of Staten Island junior guard Christina Pasaturo has taken home the City University of New York Athletic Conference’s Player of the Week honor, her second of the season.

Pasaturo enjoyed a healthy week.  The Dolphins unfortunately dropped a mid-week CUNYAC tilt to Baruch College, but Pasaturo led the Dolphins with a 23-point outburst, canning four three-pointers while spreading out 11 rebounds, two assists, and two steals.  With CSI needing a rebound in its next contest against Medgar Evers College, Pasaturo scorched the Cougars for a career-high 34 points, shooting 7-14 from beyond the arc, adding a trio of rebounds, a pair of blocks, and eight steals.

For the week, Pasaturo averaged 28 points, seven rebounds and five steals, lifting her season totals to 21 points per game and a mark of 6.4 rebounds per game, the second-highest total on the team.  Pasaturo also paces the Dolphins with 64 assists, and is second on the squad with 43 thefts this season.

Pasaturo followed up with another 20-point performance last night, and the unit will return to conference play tomorrow with a visit to Hunter College at 5pm in Manhattan.