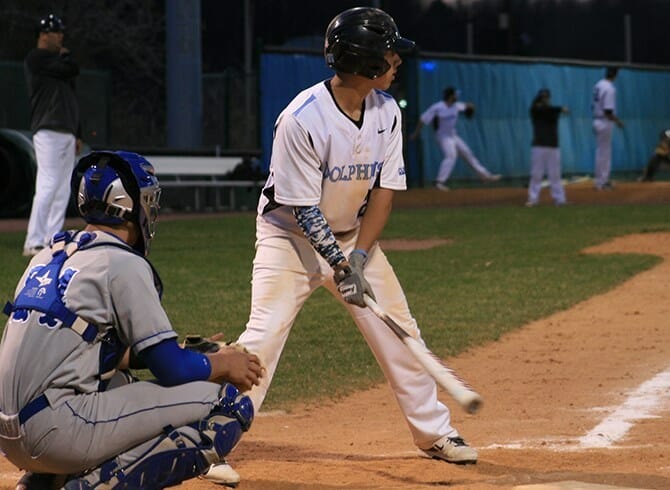 After a doubleheader that concluded their run through Spring Training in Myrtle Beach, SC, College of Staten Island baseball duo Glenn Glennerster and Nick Meola won weekly citations from the CUNYAC.  Glennerster was awarded the CUNYAC’s Player of the Week award, while Meola was announced the conference’s Rookie of the Week.

The Dolphins are 5-1 this season, but went 2-0 last week when they took a doubleheader win over Chatham University in Monday’s doubleheader that ended their stay down south.  In the wins, Glennerster, the former CUNYAC Rookie of the Year and last year’s Tournament MVP went 5-8 at the plate.  The junior scored two runs in CSI’s opening 8-0 win, then tallied an run, RBI, and a double in the 9-7 later victory.  For the season, Glennerster is batting .333, leading the team with seven hits in 21 at-bats.

Xaverian High School product Nick Meola made a stellar CSI debut last week for the Dolphins that extended into a pair of starts on Monday against Chatham to rave reviews.  Meola went 4-5 at the plate through two games, while earning an .875 on-base percentage thanks to three walks as well.  He scattered three RBI in the 9-7 game two win and added a pair of runs scored.  For the season Meola has made five starts in six games, batting .429.  That includes a team best .569 on-base percentage thanks to his team leading four bases on balls.

The Dolphins had their weekend baseball matches canceled this past weekend, and are slated to get back underway, weather permitting on Friday against Kean University at 4pm.