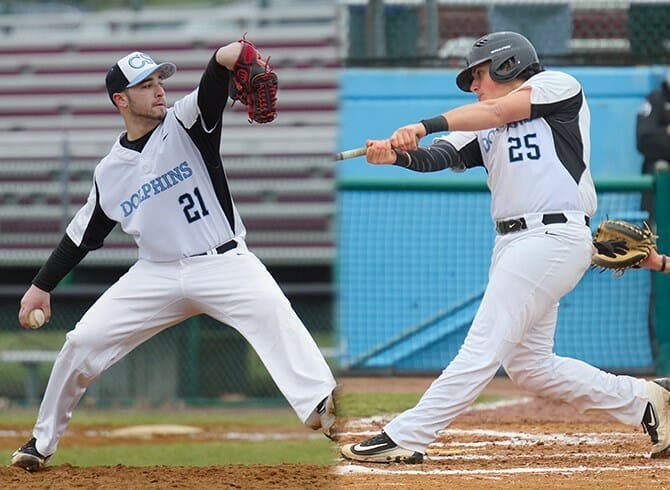 For the second time this season, College of Staten Island junior Glenn Glennerster was named the Player of the Week by the City University of New York Athletic Conference.  He was joined by senior Josh Bernstein, who was named the CUNYAC Pitcher of the Week as the conference announced its weekly winners.  The Dolphins had a busy week, posting a 6-1 overall record over the week that includes a current six-game win streak.

Glennerster has been at the center of the Dolphins lineup, and he continues to swing a hot bat at the plate.  Glennerster reached base in every game this past week and batted .407 with an on-base percentage of .515. He registered five RBI and seven runs scored and boasted five walks. For the season, he is batting .361 and leads the team in hits (30), HR (3), and is tied for 2nd in RBI with 15.

Meanwhile, in his first start of the year, Bernstein was sensational in a 2-0 win over Mount Saint Mary, posting a complete game shutout, allowing eight hits while fanning two.  The complete game was exactly what the Dolphins needed coming after a 12-inning affair against Ramapo College a day earlier.  For the season, Bernstein is 2-0 with a 1.50 ERA.

The Dolphins were idle on Sunday and Monday and return to action tonight when they face Drew University in their annual Grace Hillery Breast Cancer Awareness Night at the CSI Baseball Complex at 7pm.