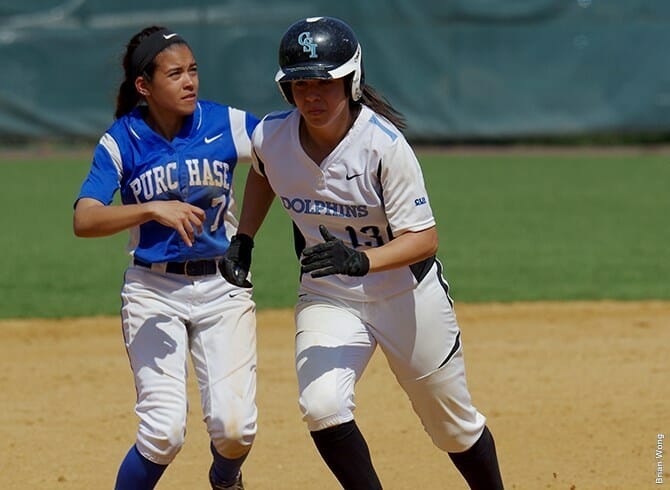 For the second-straight week, College of Staten Island freshman Patricia Riches received kudos from the ECAC, as she has been named the Metro NY/NJ Rookie of the Week after a big week at the plate and in the field.  The award comes on the heels of her fifth CUNYAC Rookie of the Week citation on Tuesday.

Riches has been terrific at the plate all season, and she is currently ranked third in the entire NCAA Division III ranks with a .548 average.  Her 57 hits easily leads the team in that category, and last week in 10 games she batted .467 (14-30) with a team high 15 RBI and 12 runs plated.  In a big 27-5 win over Baruch College, Riches tied her own single game record with seven RBI, and tied five other Dolphins in history by posting three doubles in the game, a single game record.

The hard-hitting frosh was also walked three times and was hit by a pitch on four other occasions, raising her on-base percentage up to .553 on the week.  She was also perfect in the field on 33 chances.  The award by the ECAC is her third overall of the season, as she also earned the distinction on March 29 in addition to last week.

The Dolphins are slated for action this afternoon at the CSI Softball Complex, taking on Drew University in their penultimate home games of the season.  First pitch is scheduled for 4:30pm.