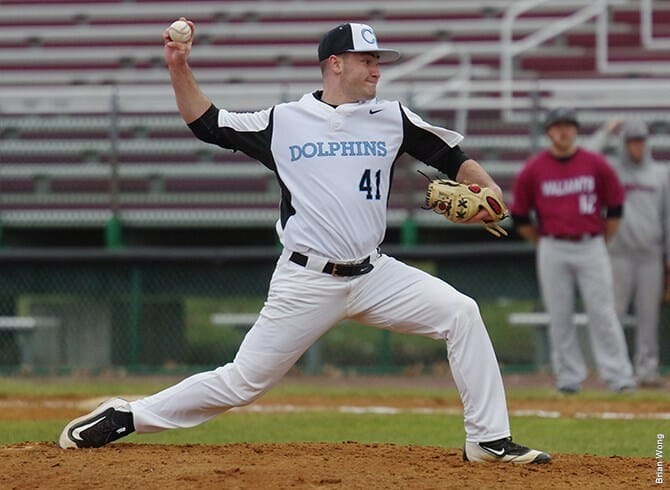 Just a day after receiving notice of an ECAC first team honor, College of Staten Island pitcher and junior Derek Jentz received a third-team all-star citation from the American Baseball Coaches Association within the New York Region.  It is the first award win by Jentz from the organization and Jentz was one of only two CUNYAC players to earn on to the team.

Jentz enjoyed a nice debut on the hill for the Dolphins, going 4-2 on the year with a 2.16 ERA, tops among CSI starters.  He logged 41.2 innings, allowing just 28 hits as opposing teams batted a frigid .183 against him.  Jentz led the squad in strikeouts with 44 and was one of only three CSI pitchers to not allow anything passed a double in the hit column.  In his last five starts of the season, Jentz allowed just eight earned runs in 33.1 innings and registered a season high 10 strikeouts in a win over CCNY in the CUNYAC Playoffs.  Jentz was named CUNYAC Pitcher of the Year and joined Anthony DiMarco as first-team all-star honorees by the ECAC in the Metro Region.

The Dolphins finalized the season at 27-11-1, winning the CUNYAC Championship.  The team won four straight games after an opening game loss in the tournament, winning the title for the third straight year.