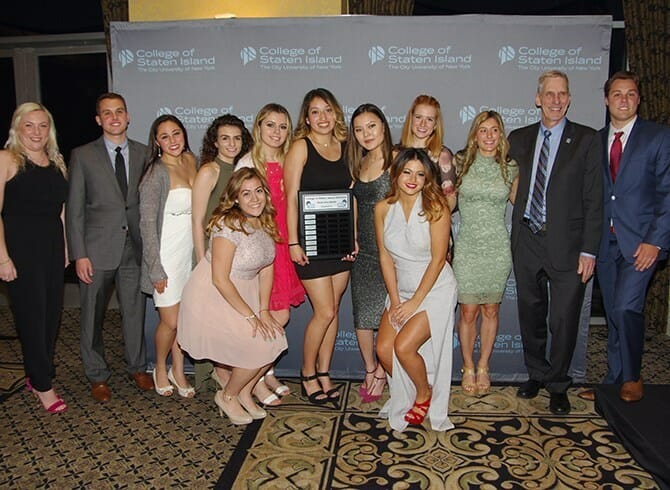 The College of Staten Island women’s swimming and diving team has now made it four straight semesters with the distinction of Scholar All-America Team from the College Swimming Coaches Association of America.  The organization announced its field of teams yesterday for the spring, 2017 semester, and join a new record of 720 teams spanning all NCAA Divisions and NAIA institutions to be named.

This year’s winner of the Team GPA award at the CSI annual awards banquet, the women’s team boasted a collective 3.25 GPA in the spring, making them one of  171 NCAA Division III women’s swim teams to accomplish the goal of casting a GPA of 3.00 or better during the semester.

According to the CSCAA, the overall number of 720 schools is the most in the 95-year history of the organization.  Part of the reason is the growth of the sport spanning all NCAA Divisions.

CSCAA Executive Director Joel Shinofield feels much of the credit, however, goes to the coaches.  “Our coaches understand that the essence of intercollegiate athletics is the experience each student-athlete receives, and an emphasis on academics reflects what coaches feel is most important.”

– portions of this story courtesy of the CSCAA