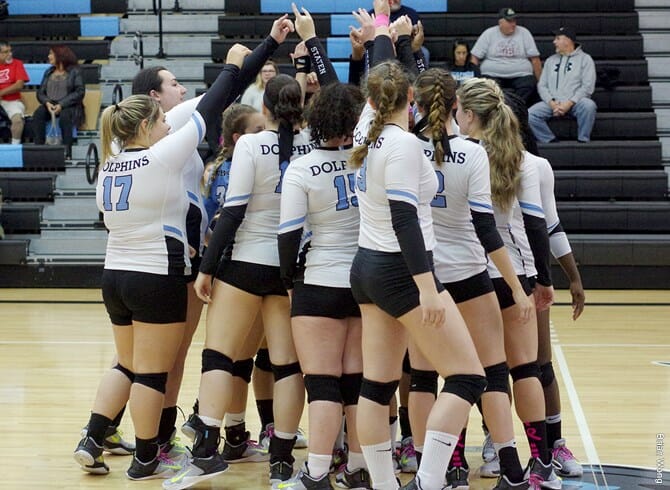 Staten Island, NY | The College of Staten Island women’s volleyball team is aiming for new heights in 2018, and they will have a full slate to prove their worth under second-year Head Coach Lak Wai (Larry) Ng come the 2018 fall campaign.  The team has officially released its schedule today and it is comprised of what is promised to be exciting action from start to finish.

This year’s schedule features 23 matches spread over 17 dates before the installation of the CUNYAC Postseason Tournament in late-October into early-November.  The season officially kicks off on Saturday of Labor Day Weekend, with a home tri-match against both St. Joseph’s College of Brooklyn and Cairn University.  Three days later, CSI stays at The Tank for a non-conference showdown with Rutgers-Newark.  After that, CSI starts a three-date, four-game, road trip which includes the CUNYAC openers against Lehman College and CCNY on September in another tri-match slated to be played at CCNY.

In fact, CSI’s first six CUNYAC matches take place either on the road or at neutral sites, including another tri-match at Medgar Evers College to play the Cougars and Brooklyn College on Columbus Day Monday, October 8.  That comes as part of an eight-match, four-site, swing from October 5-13.

From there, the top six CUNYAC teams will make the conference’s postseason tournament, this year played at Baruch College.  Quarterfinals are played at the higher seeded teams on October 31, with Semifinals and the Final set for November 2 at Baruch. CSI will be looking for it’s first-ever CUNYAC Championship in Women’s Volleyball.

All CSI home contests are free for all spectators and feature live video and audio coverage via CSI SportsNet.  For a full broadcast schedule, be sure to check on the links above.