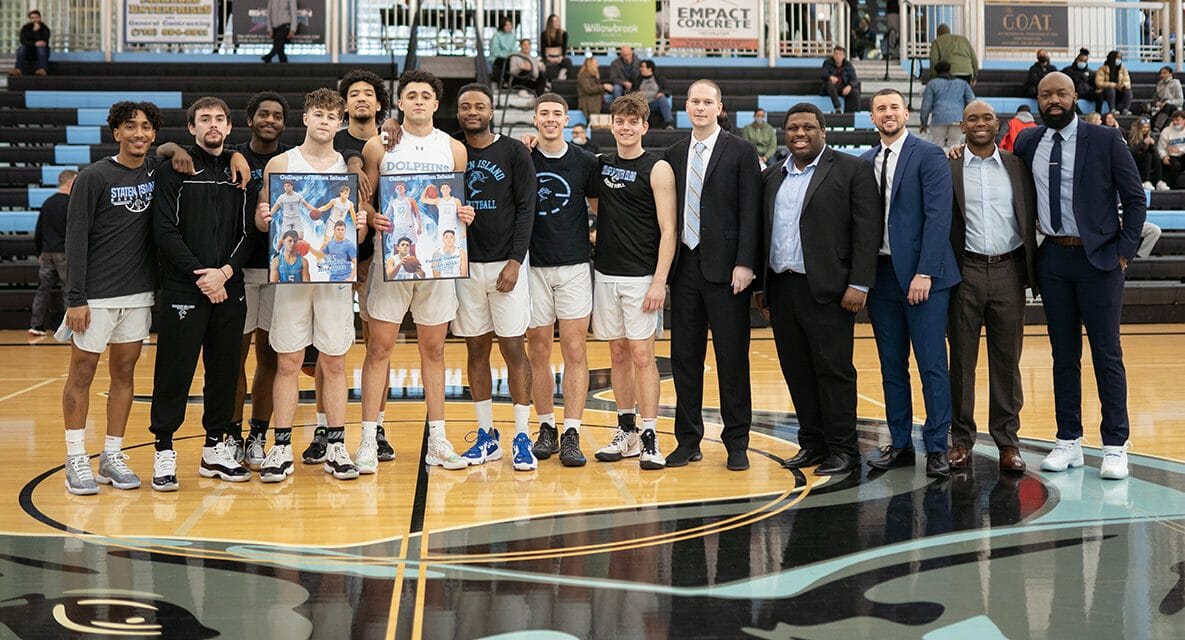 The College of Staten Island Women’s and Men’s basketball teams finalized their 2021-22 seasons today, part of Senior Day at the Sports & Recreation Center, against St. Thomas Aquinas College.  The Dolphins fell victim to the Spartans in both ends of the doubleheader, but the spotlight was reserved for seniors Patrick Daddio and Austin Mick of the men’s team, who were honored during pre-game ceremonies of the men’s game.

The CSI women’s team, with no seniors on their roster, used their finale to welcome friends and family to celebrate in a postgame reception.  Before that, the Dolphins (6-20, 4-14 ECC) gave the Spartans (13-14, 12-6 ECC) all they could handle. CSI took a three-point lead into the half, but the Spartans used an 18-10 third quarter and then a strong fourth quarter start to gain a 48-41 lead. CSI responded, using two Jenalyse Alarcon drives and then an Ashley Lambert three to take a 50-48 lead with just 5:50 to go.

STAC, however, would answer, using a 13-2 over the next five minutes to seal the game away, spoiling the Dolphins’ bid to end their season on a high note.  Despite the lopsided win-loss record, the Dolphins’ run in their first official season against all Division II competition can be considered a rousing success considering the Dolphins stand to have their entire roster, composed entirely of first-year players and sophomores, back for future seasons to come.

In the second tilt of the doubleheader, the senior tandem of Daddio and Mick took center stage, as they were honored in a rousing pregame ceremony that noted their service and their proficiencies in the classroom as complete student-athletes.

Despite the final score, a 94-74, win by the Spartans, CSI stayed neck-and-neck with the ECC leaders most of the way, as Mick poured in 23 points in his final outing. The game also featured a record-breaking performance from sophomore Bryce Waterman, who canned eight three-pointers, giving him 101 for the season, and breaking the former single season three-point shooting record of 98 set by Gerard Nicholson in 1987-88.

The Dolphins finished the season 7-19 overall and 6-12 in the ECC, while the Spartans, who gained the No. 1 seed in the upcoming ECC Postseason Tournament, improved to 24-4 overall and 17-1 in ECC play. 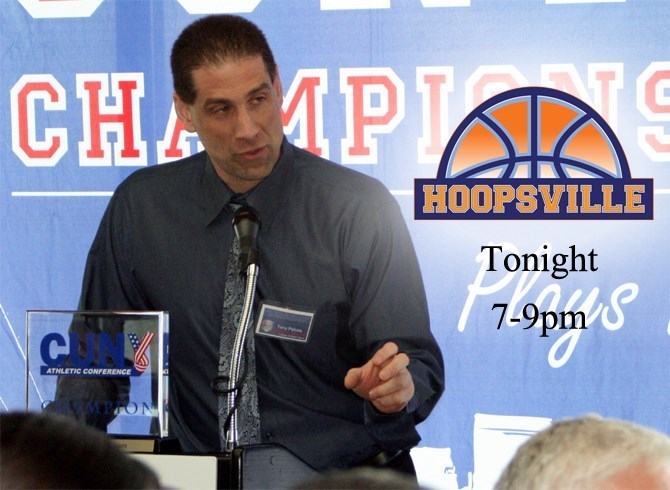