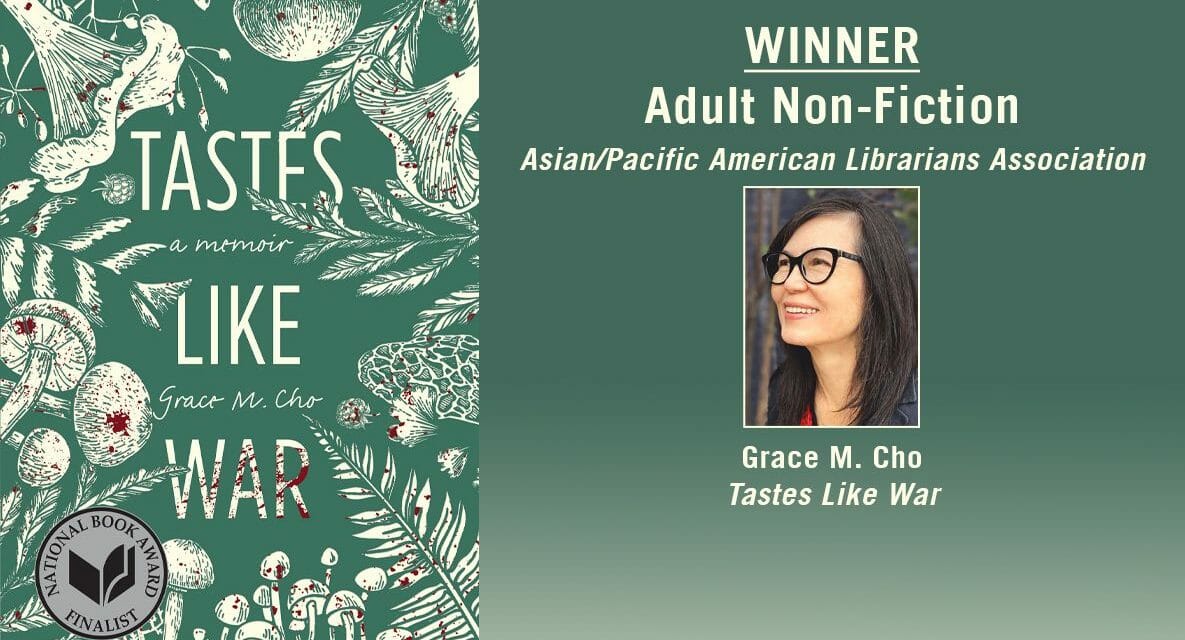 Grace Cho, CSI Associate Professor in the Sociology and Anthropology (SA) Department, has received a 2022 Asian/Pacific American (APA) Award for Adult Non-Fiction for her latest book, Tastes Like War: A Memoir. (The Feminist Press at CUNY, 2021).

The awards, according to granting organization the Asian/Pacific American Librarians Association (APALA), which is affiliated with the American Library Association (ALA), “celebrate Asian/Pacific American culture and heritage. Winner and Honor books were chosen from titles by or about Asian Pacific Americans published between September 2020 to August 2021. The awards are based on literary and artistic merit for five categories including Picture Book, Children’s Literature, Youth Literature, Adult Fiction and Adult Non-Fiction.”

The Feminist Press notes, “Part food memoir, part sociological investigation, Tastes Like War is a hybrid text about a daughter’s search through intimate and global history for the roots of her mother’s schizophrenia. In her mother’s final years, Grace learned to cook dishes from her mother’s childhood in order to invite the past into the present, and to hold space for her mother’s multiple voices at the table. And through careful listening over these shared meals, Grace discovered not only the things that broke the brilliant, complicated woman who raised her—but also the things that kept her alive.”

Commenting on how she feels to receive this honor, Dr. Cho said, “When I wrote Tastes Like War, my imagined audiences were primarily the APA communities that I’ve been engaged with over the course of my career. Receiving this award was especially meaningful because it tells me that they see me, and they see themselves in the story. I’m honored to represent this vast and diverse set of experiences and people that fall under the category of ‘APA’.”

Regarding past recognition, including being named as a finalist for the National Book Award in the Nonfiction category, Cho stated, “I continue to be so surprised by the level of recognition my work has received. I never expected to reach a wide audience, but I’m thankful that my mother’s story is getting out there. I’m thankful that so many readers understand my intention of honoring her and all the people like her, who have been hurt by the societal stigmas they bear.”