SI Live – When Frank Sinatra performed “My Kind of Town” back in the ’60s, the Sammy Cahn and Jimmy Van Heusen song boasted about such Chicago icons as the Wrigley Building and the Union Stock Yard.

If a similar song were to be composed today about Staten Island, it would most certainly include such local treasures as the Verrazano-Narrows Bridge, the Staten Island Yankees and the College of Staten Island (CSI), which has made remarkable strides since the appointment of its third president in June 2007.

Upon his installation to the college’s top administrative position, Dr. Tomás D. Morales hit the ground running, rocketing the Willowbrook-based school to new heights of accomplishment.

“I’m working to build a greater sense of community on the campus,” said Morales, whose achievements should give all Staten Islanders a reason to boast.

The college leader exhibits unbridled enthusiasm for his work — and displays an uncanny talent for setting — and obtaining — the loftiest of goals for CSI.

“We’re just beginning. This is just the tip of the iceberg,” Morales said. “The potential here is extraordinary; the potential is to be one of the leading senior colleges of the City University of New York (CUNY).”

Recent accomplishments at CSI are extraordinary. In 2009, the college experienced a 23 percent increase in its number of awards from state and federal funding agencies, amounting to a total of $11,415,590 for the year.

In addition, the school secured the largest scholarship endowment in the history of the CSI Foundation, receiving a $200,000 nursing-student scholarship from the Brooklyn Home for Aged Men. Also this year, the foundation allocated more than $120,000 for scholarships to CSI students, and raised $75,000 for the college’s Staten Island Breast Cancer Research Initiative.

“I don’t do it all myself,” Morales said. “I’ve put together a really good leadership team, and we’re just trying to move the institution forward.”

Keeping the institution on track, and prioritizing all that needs to be done, requires strong communication between himself and the many others who fill key roles at the college, he said.

“I do a lot of listening. I listen to the faculty; I listen to the students; I listen to my staff,” Morales said. “The hallmark of a CSI education is the opportunity for undergraduate students to experience real world hands-on research, using sophisticated equipment side-by-side with leading scientists and authorities in their fields. That’s a niche — that’s what we are known for.”

All the while, the college’s commitment to its CUNY masters and doctoral programs also continues to flourish, with nearly 30 CSI students receiving CUNY doctorate degrees in 2009.

Morales highly values the contributions of others at the college, and he reminds everyone of this by annually recognizing all staff members for their years of service.

“Everybody plays a very important role in moving the institution and making CSI the best it can be,” he said. “It’s all about the students; we want them to have an extraordinary collegiate experience. This is accomplished by our faculty and staff.”

Among the extensive list of accomplishments reached under Morales’ leadership are such milestones as the initiation of a shuttle-bus run between the Staten Island Ferry and the CSI campus; a broadening of the college’s Virtual Classroom partnerships to include the Posts and Telecommunications Institute of Technology in Vietnam; the appointment this year of 43 new faculty members, and a grant from the National Science Foundation in support of the City University system’s high-performance computational and visualization center, which is based at CSI. The super-computer is designed to serve faculty throughout the City University system and be a vehicle for economic development throughout the region.

In 2008, the National Science Foundation awarded CSI nearly $1 million in funding under its “Science & Technology Expansion via Applied Mathematics (STEAM)” program. During the first year of the grant, it had supported over 50 students with scholarships for study and research. Also last year, the Career Academy of the Career and Scholarship Center was fully established, assisting CSI students to identify their strengths and weaknesses, decide on a major, create a résumé, consider internships and — by senior year — prepare for a job search.

As CSI grows in recognition both on and off the Island, so does its attraction as a coveted destination for higher learning. This is reflected in the college’s enrollment, which hit a record high in 2009. Graduate enrollment, for example, increased at the college for the first time in seven years; and the Macaulay (CUNY) Honors College program at CSI has doubled its enrollment into the class of 2013.

“These are students with very high grade-point averages, very high SAT scores, who have other options; but they’ve decided to come here, to the College of Staten Island,” Morales said of the Macaulay enrollees. The same is true for The Verrazano School, CSI’s very own four-year honors program.

A total of 138 CSI scholarships, totaling $213,000, were allocated to 95 students for the 2008-2009 academic year. Included among these are students in CSI’s highly successful valedictorian and salutatorian program, which offers “a full scholarship to every single Staten Island high school graduate who graduates one or two in his or her class,” Morales said.

“Whether inside or outside of the classroom, at home or abroad, the CSI experience speaks to the heart of its students,” Morales said. And from this columnist’s perspective, it also speaks to the heart of all Islanders. To borrow a phrase from songwriters Cahn and Van Heusen: “This is my kind of town” — and CSI is very much a part of it.

Barton Horowitz is the Advance senior business writer/columnist. This story appeared first on SILive.com December 2, 2009 and the Staten Island Advance on December 3, 2009, and is reprinted here with permission. 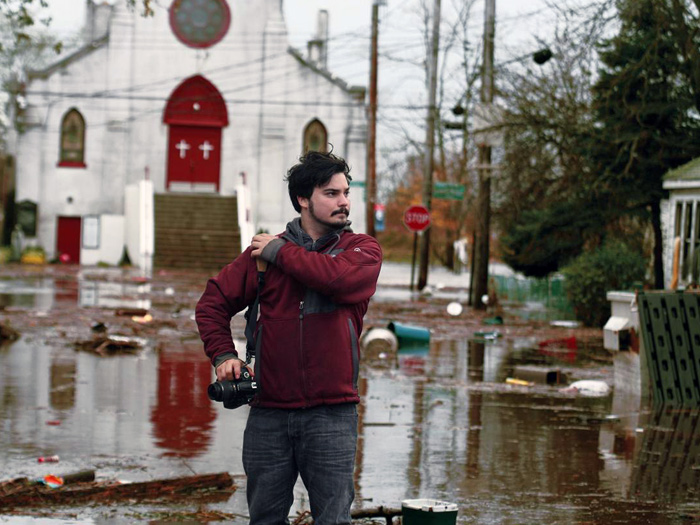 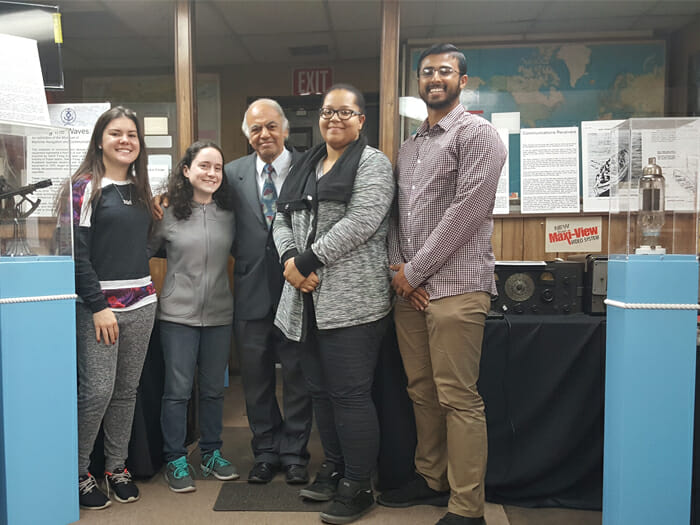