Jonathan Liguori, who received a Bachelor of Arts degree in Cinema Studies at the College of Staten Island in 2009, recently won Best Comedic Feature honors at the Staten Island Film Festival for his first feature-length film, Randal & Simon’s Big Damn Movie. Regarding his award, Liguori, who is a screenwriter, film producer, actor, cinematographer, director, and the founder of the independent film company Rising Star Pictures, says, “I’m very proud to win this award since it justifies all of the hard work my cast, crew, and myself put into the film.” The award is Liguori’s first, and the Staten Island Film Festival is the first festival where the film was screened. Liguori explains that the film, which is set on Staten Island, is “about two best friends having a wacky adventure on the 4th of July. Randal is searching for a girl in a blue Mustang while Simon is deciding which way to go at an important crossroads in his life, all while they try to get to the greatest party of the summer and help out a few friends along the way.” He also notes that Randal and Simon are characters who have appeared in many of the films that he produced for production classes at CSI, and many of the cast members are friends from his days as a student at New Dorp High School. So far, Liguori, along with his friend from CSI, Thomas Maresca, have made two independent films, Randal & Simon’s Big Damn Movie and Second Chance at Christmas. At present, Liguori is working on another film, Love Unfolded, while maintaining ties to the College by working on a Master’s degree and serving as a Supplemental Instructor for entry-level media courses as well as working in the College’s Office of Media Services. 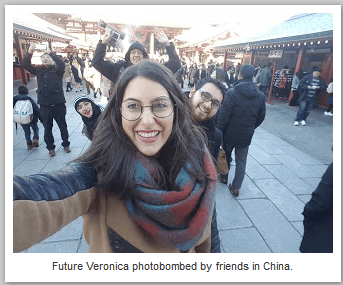