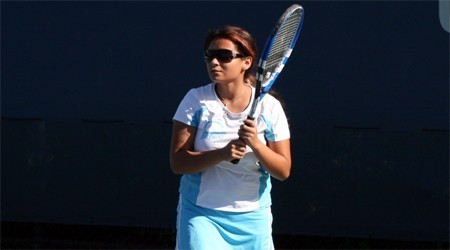 The College of Staten Island women’s tennis squad made it five straight wins on Saturday, notching a 9-0 shutout win over York College in a conference match played in Queens.  CSI extended to 7-4 overall and 6-1 in the CUNYAC with the victory, while the Cardinals fell to 2-7, 1-4, respectively.

CSI took control from the outset, pulling ahead 3-0 after doubles.  The team of Sabrina Bragerton- Nasert and Ilona Stoyko were victorious at the top, scoring an 8-5 win over Valerie Roland and Nicole Jones, while Jean Baak and Mediha Mulla powered to an 8-4 win over Anna Ko and Nikita Ramsay.  Jessica Barabatko and Jacqueline Jamaleddine made it a sweep with a win at No. 3 Doubles.

CSI will next play Baruch College on Sunday in their final CUNYAC regular season contest before the postseason tournament next week.