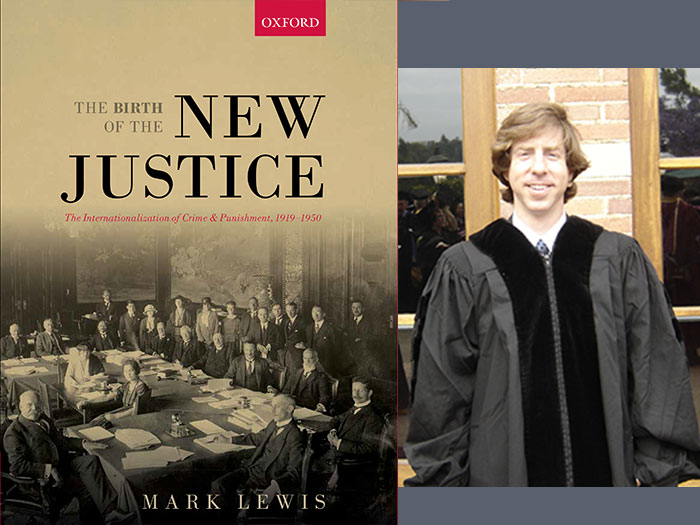 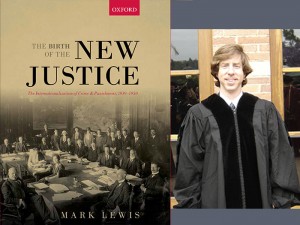 The Wiener Library of London awarded its prestigious Fraenkel Prize to College of Staten Island Assistant History Professor Mark Lewis for his book manuscript, The Birth of the New Justice: The Internationalization of Crime and Punishment, 1919-1950, which examines international criminal courts and the field of international criminal law from the end of World War I to the beginning of the Cold War.

The Fraenkel Prize, sponsored by Mr. Ernst Fraenkel OBE, joint President of the Library and former Chairman, is awarded for an outstanding work of twentieth-century history in one of the Wiener Library’s fields of interest: the history of Europe, Jewish history, the two world wars, anti-semitism, comparative genocide, or extremism.  Dr. Lewis was awarded the Category A prize of $6,000 as well as an invitation to lecture in London on his book’s topic, which explains how World War I catalyzed the idea of international prosecution for war crimes, and why this idea was applied to many different types of crimes in the following decades.

The book began its life as Dr. Lewis’ dissertation as he researched the attempt to institute an international criminal court at the Paris Peace Conference after World War I, and then discovered that the ideas asserted there by European jurists were transformed over the following decades to deal with other types of crimes, such as a terrorism and genocide.  “I was very interested in understanding the political impetus for these changes,” Dr. Lewis explained. “I also wanted to explain the history from the point of view of non-governmental organizations, rather than only the government perspective,” he said about his historical approach. Dr. Lewis was also “thrilled and honored about winning such a prestigious prize.”

Dr. Lewis was informed of his prize by Ben Barkow, Director of the Wiener Library, who offered “heartfelt congratulations on a wonderful achievement” and expressed interest in having Dr. Lewis travel to London and give a lecture at the library. The lecture, which is still in its planning stages, is tentatively scheduled for May of 2014.

Dr. Nan Sussman, CSI Dean of Humanities and Social Sciences, was delighted to hear about the “honor given to Mark Lewis” and went on to discuss how “these concerns are with us still as we continue to query how to address and define ethnic cleansing, terrorism, war crimes, and legitimate opposition. Our students are fortunate to be able to study with this fine scholar.”

Dr. Eric A. Ivison, Associate Professor and Chair of the Department of History at CSI, reiterated Dr. Sussman’s sentiment–“This award brings honour to Mark, the History Department, and CSI-CUNY.”

The Birth of the New Justice shows that legal organizations were not merely interested in ensuring that the guilty were punished or that international peace was assured. They hoped to instil particular moral values, represent the interests of certain social groups, and even pursue national agendas. At the same time, their projects to define new types of crimes and ensure that old ones were truly punished also sprang from hopes that a new international political and moral order would check the power of the sovereign nation-state. When jurists had to scale back their projects, it was not only because state governments opposed them; it was also because jurists lacked political connections, did not build public support for their ideas, or decided that compromises were better than nothing.

The book will be published this month by Oxford University Press.