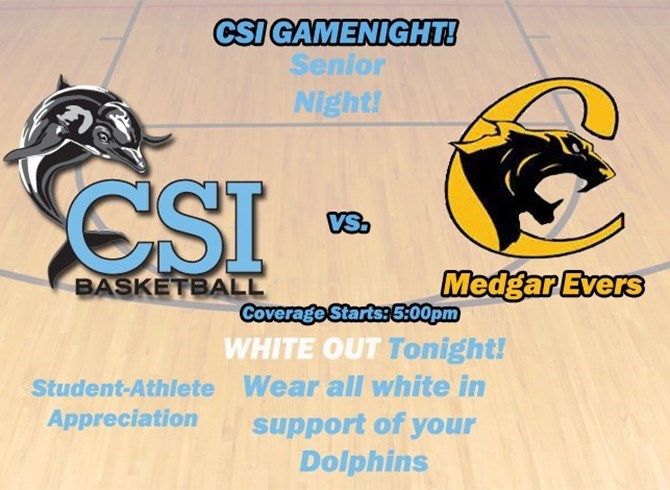 Tonight is the White Out, first 100 fans will recieve a FREE #FearTheFin T-Shirt.  We ask that you please wear white to the game tonight, and as usual entrance to the game is free.  However if you or someone you know may not be able to make the game tonight they can follow along at csidolphins.com/live for a live play by play commentary.

Tonight is a special night for our student-athletes as it is student-athlete appreciation night.  Alongside being appreciation night it is also Senior Night and we have several seniors that will be honored before their game tonight.  The Dolphins (18-6, 13-2 CUNY) will take to the floor tonight against the Cougars of Medgar Evers College who come into tonight’s game in last place with a record of 2-21 overall and 0-15 in the CUNYAC.

The seniors being honored for the women tonight are Melanie Johnson, Katelyn Hepworth, and Jaclyn Tocco.

Most recently, the Dolphins lost to Rutgers-Camden in what was a cold night for the Dolphins as many of their shots were not falling.  CSI lost to the Raptors 78-60 in a game that was played mostly behind the three-point line.  The Dolphins shot a mere 16.7% from that range while the Raptors shot 42.4% from the arc . That was the story for the as they shot just 26% from the floor.  They will hope they will be able to shoot better tonight against the Cougars.
Meanwhile, at Medgar Evers, the Cougars come into tonight’s game on an 18 game losing streak. The rebuilding Cougars failed to win a game a year ago.  The Cougars are hoping to be able to end their season on a good note by beating the Dolphins tonight.
The Dolphins (22-2, 15-0 CUNYAC) will take to the floor tonight against the Cougars of Medgar Evers College who come into tonight’s game in last place with a record of 2-22 overall and 1-14 in the CUNYAC.

Most recently, the Dolphins beat CCNY, 97-70, in which the Dolphins had control all game.  The Dolphins were able to extend their winning streak to 21 in a row. Not only did they extend their winning streak but with the win over the Beavers they were able to catapult themsevles in to a #21 ranking in the nation.  The Dolphins will look to protect their #21 ranking (D3hoops.com) as well as their home court.
Over in Brooklyn, the Cougars have been struggling all season as they are just 2-22 overall this year.  They will try to end the season on a good note, however they will have a tough fight on their hands against the Dolphins. 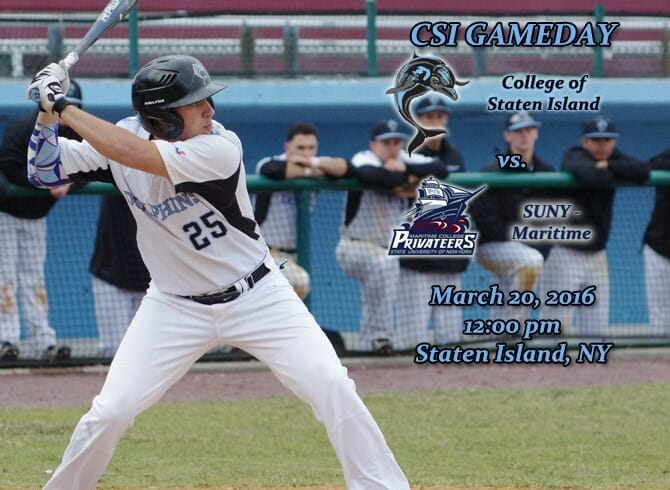 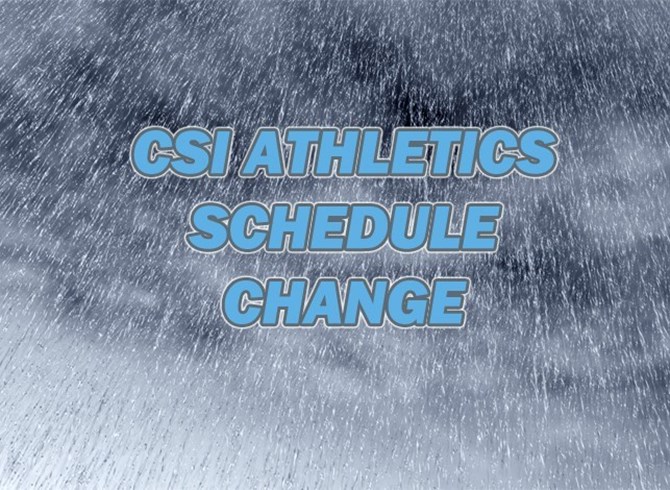 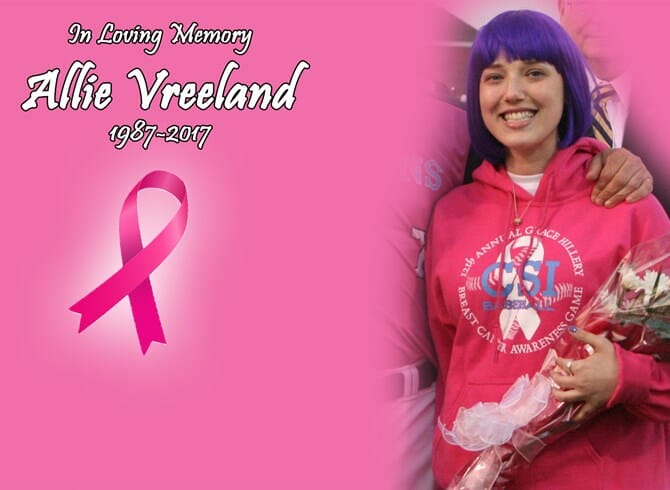 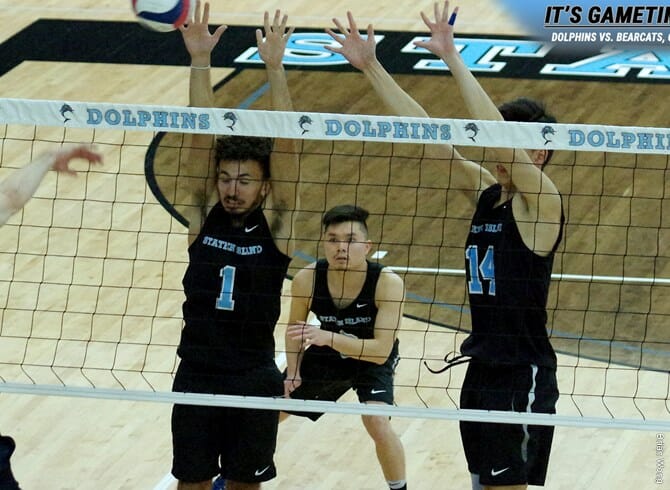