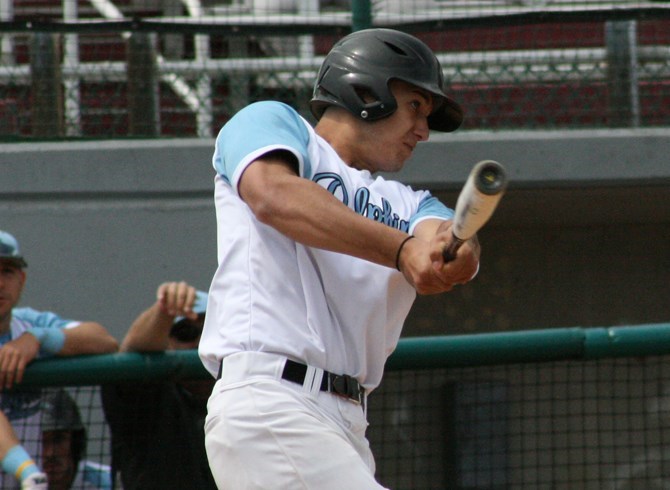 The College of Staten Island men’s baseball team was back in action as part of non-conference play this afternoon, falling on the road to Farmingdale State College by an 8-2 count. The Dolphins fell for the third straight time and dipped to 13-11 overall, while the Rams improved to 17-9.

A total of 14 pitchers were used in the game, designed to give work to many players during a week that was saw many cancellations due to weather. No Dolphins pitchers staying in the game for longer than 1.1 innings, and Farmingdale built up an 8-0 lead before the Dolphins got on the board with a run in the seventh and another in the ninth.

RBI singles by Richard Sullivan and Sal Sanquini started the scoring in the second inning, aided by a CSI error, part of four on the day for the Dolphins, which allowed three Rams runs to cross unearned. Anthony Alvino doubled in another run in the third, and later on in the fifth inning, Sanquini plated another runner and the Dolphins committed another costly error to keep the Rams scoring.

The Dolphins, who were held to just three hits, saved some face with a pair of runs in the late innings. Nick Delprete doubled and scored after a groundout for CSI’s first run, and Anderson Acosta scored in the ninth on a John Baggs grounder.

CSI was out-hit, 15-3, in the contest. Timmy Trimarchi took the win for FSC, pitching 3.1 innings of relief, allowing no hits and no runs next to a single walk. Mike Fitzpatrick took the loss for CSI, going only 0.2 innings officially, yielding two runs (one earned) on two hits, fanning a pair.

?CSI returns to action on Saturday, for a doubleheader with CUNYAC-rival City College of New York beginning at 12 Noon. The two teams played a single non-conference game earlier in the season, with the Beavers taking a 6-5 win at Randall’s Island.