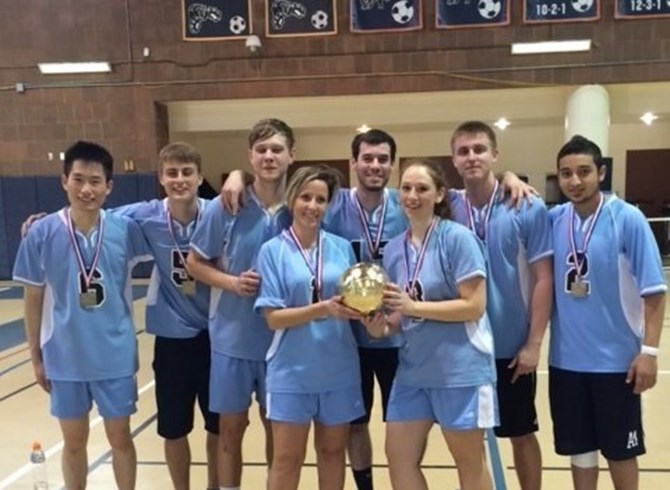 The College of Staten Island’s intramural program competed in Co-Ed Volleyball of the CUNY-wide Intramural Championship Series for the second straight year. Last year the team took home the runner-up trophy losing to Queens College but this year they got their revenge playing Queens College again in the finals and defeating them in three sets, 24-26, 25-17, 15-11.

Four teams sent their school’s co-ed volleyball league champions to compete, featuring Kingsborough Community College, Borough of Manhattan Community College, Queens College and CSI. The first set of matches were played round-robin style as each team played each other in a best 2 out of 3 match. The top two teams would advance to the final round. CSI & QC both finished with a record of 4-2, while KCC went 4-3 and BMCC was 1-6.

Since CSI & QC had the better winning percentage, it was decided that the championship game would be CSI vs. QC, a rematch from last year’s championship. CSI started the first set sluggish despite gaining the lead several times. They would drop the first set by a score of, 24-26.

CSI did not put their heads down and played their game in the second set leading by as many as 10 points. They would easily take the second set, 25-17. In the third and final set, CSI jumped out to an 8-3 lead before switching sides. CSI would eventually pick up the win despite QC getting within three points a couple times. The final score was 15-11 as they celebrated their victory.

The College of Staten Island will be competing in the upcoming Co-Ed Indoor Soccer & 3on3 Basketball CUNY-Wide Intramural Championship Series beginning after spring break. 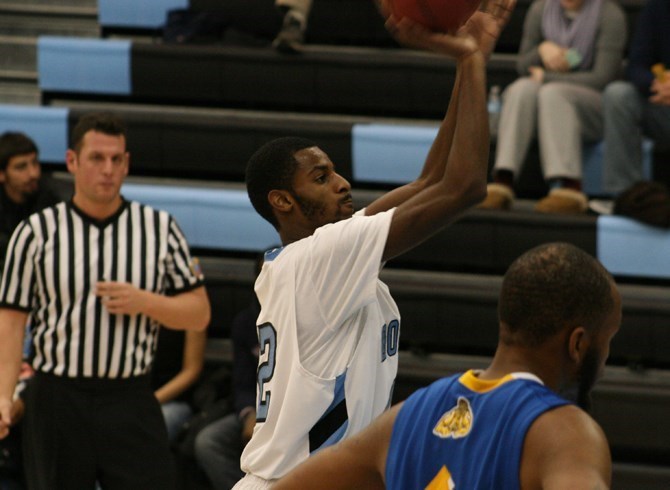 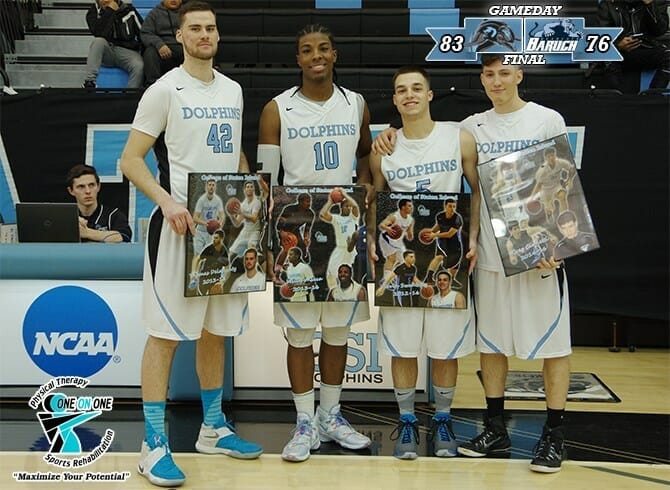