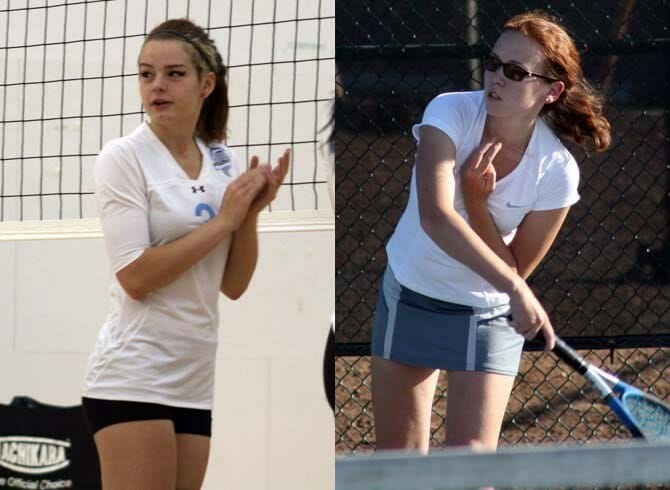 Excitement is building in preparation for the sports season at CSI, and the women’s volleyball and women’s tennis program at the College have announced their fall schedules in 2014.  The Women’s Tennis team is coming off of its best-ever season, culminating in a CUNYAC Championship and trip to the NCAA Division III National Tournament, while the women’s volleyball squad will be eagerly anticipate its new campaign under rookie head coach Juan Lopez.

The CSI netters will be the last of CSI’s fall sports to open its campain, hosting Brooklyn College for its first match on Thursday, September 11 at 4:00pm.  From there, CSI will face three more CUNYAC schools over its next six matches overall.  That run includes stops at the National Tennis Center in Flushing, New York to take on both Hunter College (September 24), and Baruch College (September 30) in back-to-back contests.

Outside of the CUNYAC slate, CSI’s schedule is chock full of rigorous out-of-conference opponents.  The team will take on Albertus Magnus College for the first time in program history on September 14 in New Haven, Connecticut, and will also feature stops against William Paterson University (September 18), St. Joseph’s College of Patchogue (October 2), Ramapo College (October 8), Farmingdale State (October 10), and Richard Stockton College on October 18.  The season ends with the CUNYAC Tournament that features three rounds in less than a week, culminating in the Final on October 25 at National Tennis Center.

In a schedule that will see the majority of their time on the road, the women’s volleyball squad is ready to make some defined progress in 2014 under Lopez.  The young Dolphins will begin their season at Yeshive University on September 4, before opening their home slate of just six games on September 8 against St. Joseph’s College of Brooklyn.  The schedules features a pair of CUNYAC multimatch dates, one of which will be hosted by CSI on Monday, October 13 (Columbus Day).  Every CUNYAC school will be at CSi that afternoon, and CSi will host both Baruch College and Medgar Evers College that afternoon.

Outside of conference CSI’s schedule will features a stop at St. Joseph’s College of Patchogue on September 27 that will see them play the hosts and Newberry College, and the team will also faces four opponents in two days at the New Jersey City University Tournament on November 1-2.  That will be the final test leading up the CUNYAC Tournament that begins on November 4.  The CUNYAC Semifinals and Final are scheduled for November 7 at Hunter College, with the winner advancing to the NCAA Nationals days later.

All CSI home events are FREE for all spectators and PG CLUE Certified for all students.  A majority of home and away volleyball matches are covered by CSI SportsNet, CSI Athletics’ official webcasting stream available live, world-wide, and free of charge.  Check schedule for broadcast dates and times.  You can visit the schedules directly here: