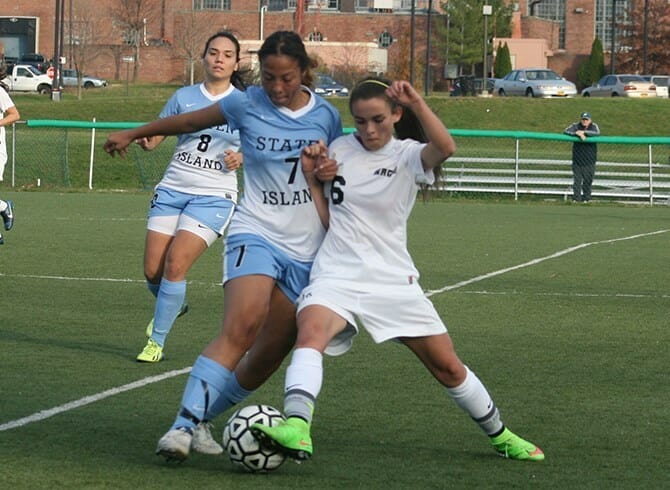 The College of Staten Island women’s soccer squad was knocked out of the ECAC Metro NY/NJ Postseason tournament in heartbreaking fashion.  The Sage Colleges stormed back from a 2-0 deficit in the second half to send the game into overtime where they were able to finish the Dolphins off with a goal just 42 seconds into the first overtime to punch their ticket to the ECAC Semifinals.

The Dolphins started the game off in great form.  They refused to let the Gators string any passes together to allow them to settle into the game which started to frustrate the Gators.  CSI’s constant attacks led to a goal by Danielle Smith just 5:33 into the game on a cross from Danielle Alexandrini.  That early goal led to some early changes for the Gators to switch up their style of play in the hopes of being able to get something going offensively.

Gabriela Romero had a chance to increase the Dolphins lead even further but the Gator defense would block two of the three shots and the third would trickle into the goalies arms.  This motivated the Dolphins as they increased their attack as 9 minutes later Melissa Gelardi would send a through ball to Stephanie Rivera who managed to stay onside and beat the goalie one-on-one for an easy empty net tap in to put the Dolphins up 2-0.

CSI came out in the second half looking flat and the Gators were able to take advantage as at the half the Dolphins held a 9-5 (5-0 Shots on goal) lead but in just a few minutes Sage was able to even the shot count at 10-10.  That constant pressure by the Gators led to a breakdown in the Dolphins back line which led to penalty kick.  Jenna Retell stepped up to the spot to take the kick and would put it to the left side of Victoria Donegan to shrink the Dolphins lead to 2-1.  The meltdown at the back line was not over as just 23 seconds later Taylor Lynch received a cross from Nicole Maher and was able to bury it far post to tie the game up at 2-2.

Both teams continued to search for that winning goal in regulation but were unable to find such goal.  The Dolphins had a chance with seven seconds left after the clock was stopped due to a caution card given to Savannah Mason for delay of game.  Gelardi set up for a free kick opportunity with a chance to win the game but the Gator defense was able to thwart the Dolphins’ opportunity and clear the ball out and send the game into extra time.

Both teams stepped on the pitch with the hopes that it would be their team that would advance to the semifinals.  That dream came true for the Gators as just 42 seconds into overtime Nichole Maher received a through ball and quickly beat a player to go one-on-one with Donegan with Maher coming out the hero for her team.

With that loss the Dolphins season comes to a close at 9-9-2 overall and the 12-5-2 Gators advance to the semifinals to take on the winner of the Rutgers Newark versus Lehman College game which will be determined tonight. 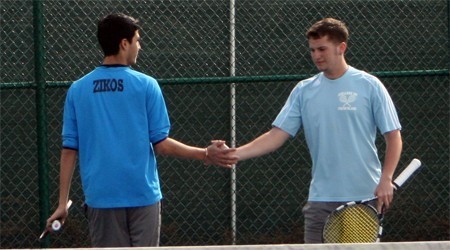 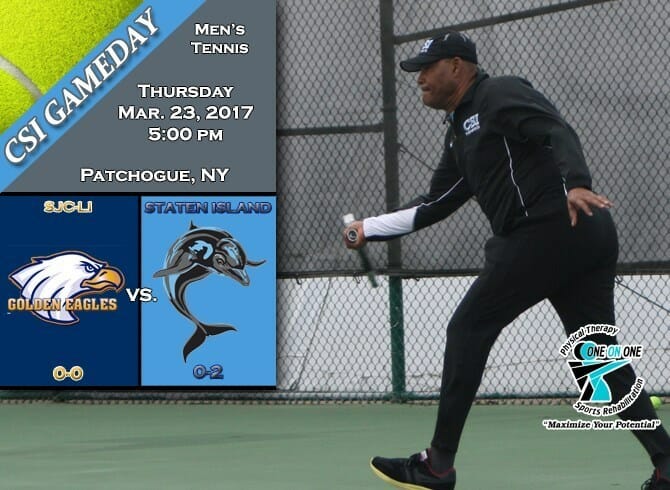 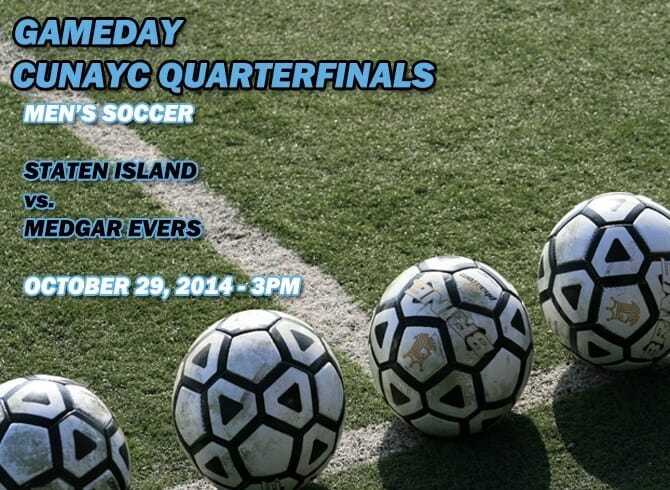