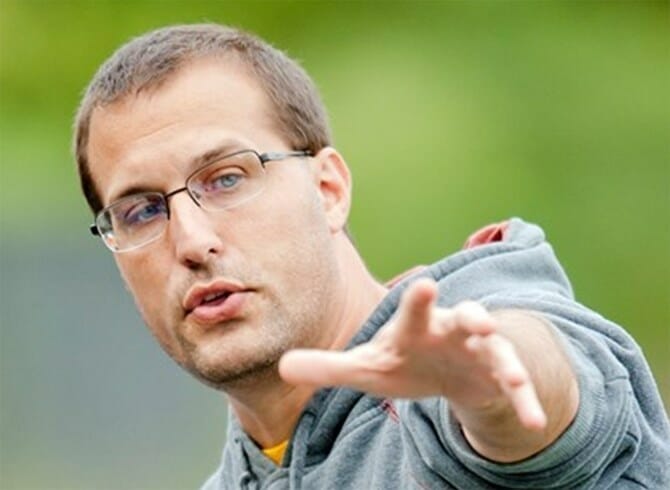 After an extensive search, the College of Staten Island has named Giuseppe Pennetti as its new Head Coach for Women’s Soccer, it was announced today.  Pennetti will join the Dolphins immediately, after most recently serving as Head Coach for Women’s Soccer at the College of Mount Saint Vincent.  He takes over for John Guagliardo, who announced his retirement in November after 11 seasons.

“This is an exciting time for the CSI Women’s Soccer program,” said Charles Gomes, CSI Director of Athletics. “We had several qualified candidates apply for the position, and I believe the search committee did an outstanding job of identifying the right coach to lead our program into the future.”

As head coach, Pennetti will be charged with administration, supervision, management and staff selection for the program, which plans to start its non-traditional spring season in early-March.

“I feel like I am going home in many ways,” said Pennetti.  “I feel naturally at ease at CSI and I’m looking forward to a wonderful season and a lot of exciting times ahead working with great people.”

Tied for the regular season championship in 2014, the Dolphins will be looking for continued success under Pennetti.  The coach was more than up to the task for another Dolphins team, at the College of Mt. St. Vincent.  Pennetti took over a four-win Dolphins team in 2011 and most recently guided the new-look team to a program record 13 wins, including a 2-0 victory over CSI this past season, qualifying for both the Skyline Conference and ECAC Metro NY/NJ Postseason Tournaments.

“What really made coach Pennetti stand out was his college experience,” said Gomes. “He has been both an assistant and a head coach at the collegiate level and that was important to us. In his most recent position he developed a culture of winning and truly turned the program around. If we’re able to achieve similar improvement with our program, then there is no limit to how good our team can be.”

A former four-year standout at Farleigh Dickinson University (Florham) from 1990-93, Pennetti was the Head Coach for Men’s Soccer at NCAA Division II Concordia College for two seasons in 2009-10, after serving as the school’s assistant coach the year prior.  In 2007-08, Pennetti was an Assistant/Goalkeeper Coach at Rider University.  He is currently a head coach with the Under-18 and Under-17 Girls’ Nirvana Xtreme Academy team in Ardsley, NY, who finished ranked No. 2 and No. 3 in New York State, respectively, in 2014.

“Soccer was the first love of my life and has been an integral part of who I am,” said Pennetti.   “The best part of being a coach is I now get to give back and demonstrate how beautiful the game can be to others.  To be a mentor and a father figure on the soccer field is a great feeling.  The most rewarding part of coaching is having the chance to teach young athletes to be better players and better people.  It’s why I enjoy doing it so much.”

Pennetti’s major immediate focus will be on recruiting in time for the Dolphins to make an upward climb through the CUNYAC, regional, and national standings, something he hopes will happen soon, given the talent pool of his current squad.

“Our short term goal is to win the conference championship and have a lot of fun doing it,” he said.   “Over the long term, we will be looking to build a powerful dynasty so that we can be proud of everything we have accomplished and make sure that whoever takes over the program next knows they are walking into a great program.”

CSI finished 9-9-2 a year ago, which included a conference-best 5-0-1 run through the CUNYAC during the regular season.  Although the Dolphins fell in the 2014 Final, the team has a history of success, having won 10 CUNYAC regular season titles, six tournament championships, with five ECAC postseason appearances.