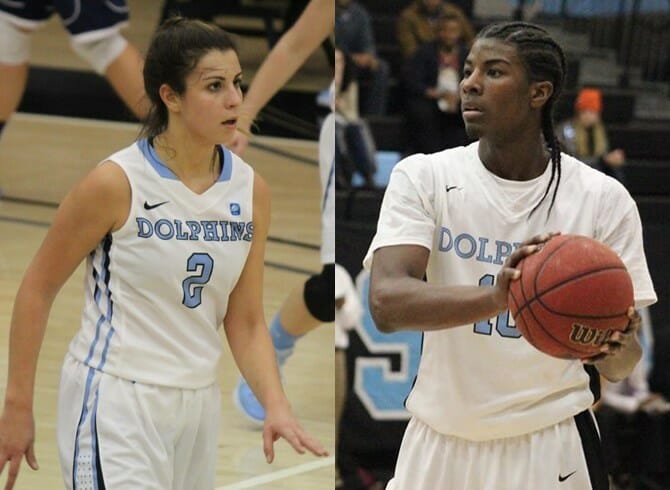 The women are currently riding a three game win streak, all of which came against CUNYAC opponents.  This will be the second meeting this season and the Dolphins will be looking for revenge as Baruch was able to get the better of them with a 75-60 victory.  Victoria Crea and Christina Pasaturo will look to continue their good fortune tonight against the Bearcats and ride their win streak into the CUNYAC playoffs which is just one week away.

The men are also riding a three game win streak and have been led by the Dolphin Duo of Frank Schettino and Will Fonseca.  The Dolphins will head into tonight’s game with the hopes of ruining the Bearcats’ perfect 11-0 home record.  CSI currently sits in second place in the CUNYAC with an 11-3 record and will want to keep that number two spot headed into playoffs but the Dolphins could finish as low as fourth if they don’t win their next two games.

Fans, if you are unable to make tonight’s game you can follow along at www.csidolphins.com/watch for live coverage.