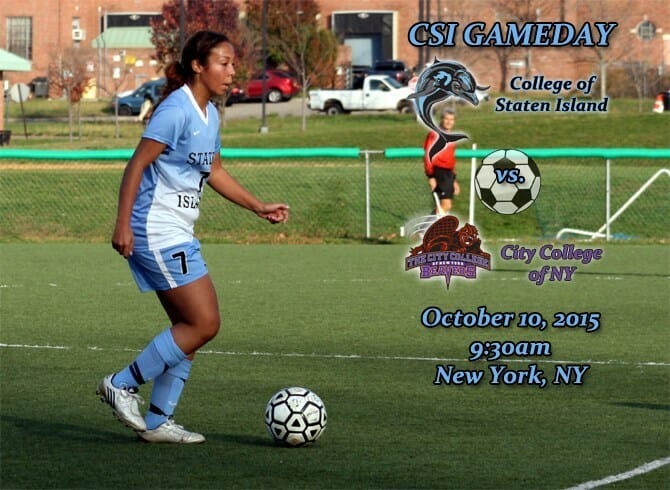 The College of Staten Island is on a three-game win streak, and will put it on the line this morning when they face off against City College of New York at Randall’s Island at 9:30am. The game will carry playoff implications. With a win the Dolphins will clinch a CUNYAC Postseason playoff berth. The Beavers are currently on the outside looking in, two points behind York College for the final playoff spot.

CSI vs. CITY COLLEGE OF NEW YORK AT-A-GLANCE
Matchup: CSI (8-2 overall, 3-1 CUNYAC) vs. City College of New York (1-8-1 Overall, 1-)
Where: Randall’s Island Field #91 – 20 Randall’s Island Park, New York, NY
Kick-Off: 9:30am
All-Time Series: CSI leads, 22-2-1
Last Year’s Result: CSI won twice, 1-0 & 5-0
Players To Watch (CSI): Samantha Wysokowski is coming off of a hat trick effort against St. Joseph’s College and now is second on the squad with 9 goals. Goalkeeper and fellow senior Kristy Colangelo has posted three straight shutouts and now has six for the season after another clean sheet on Tuesday.
Players To Watch (CCNY): Melissa Olsen and Emily Ramos share the squad’s lead in goals with three apiece. Olsen is also one of the team’s top goalkeepers, having made a team-high 73 saves. No matter where she is on the pitch, expect her to be a difference maker.
News and Notes: CSI and CCNY is the CUNYAC’s oldest rivalry and CSI has faced the Beavers more than any other opponent. CSI has won the last four meetings and have won the last 9 regular season meetings. CSI has not allowed a goal in over 280 minutes, and have outscored CUNYAC opponents this season, 27-5. CCNY has a lone win this season, but it was in their last game, when they scored a 13-0 win over Medgar Evers. Ramos and Olsen post hat tricks. 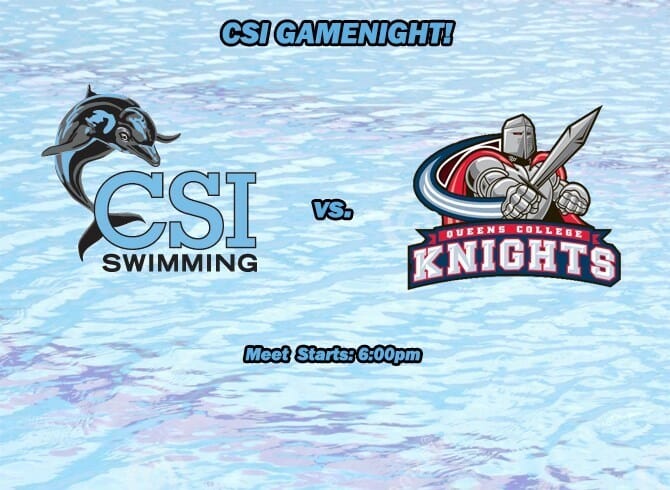 DOLPHINS LOOK TO DEFEND THEIR WATER AGAINST INTRUDING KNIGHTS 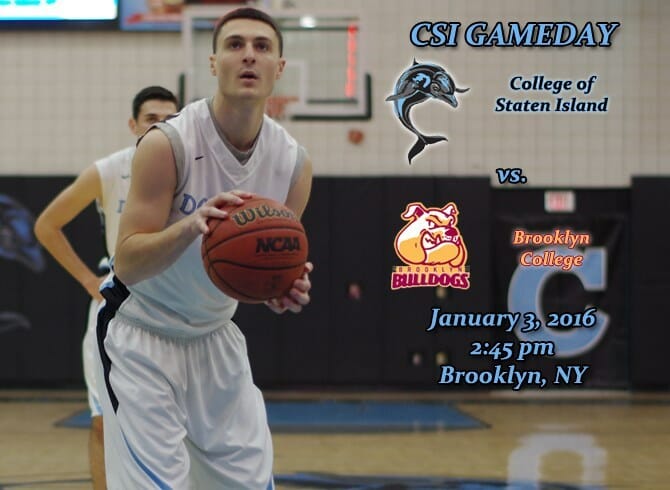