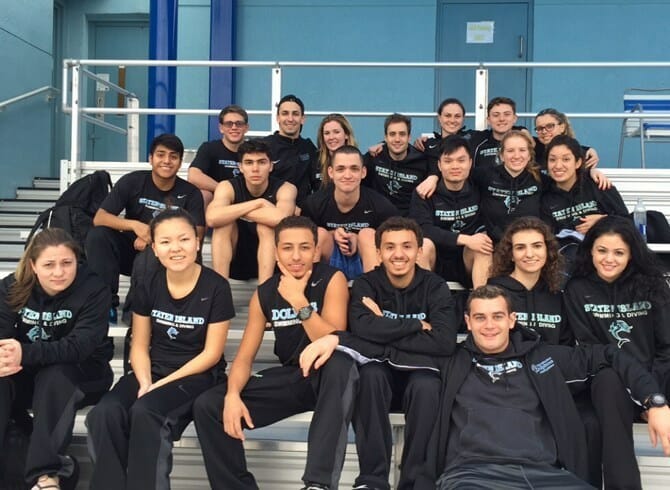 The College of Staten Island men’s and women’s swimming programs scored their first meet on their training trip to Fort Lauderdale, Florida, today, participating in the Bob Mowerson Sprint race at the Fort Lauderdale Aquatic Center.  The men placed third of six competing schools at the race that features athletes spanning all divisions, while the women fared sixth.

?CSI will continue to train in Florida in the coming and will return home later this week.  They will face York College on Monday, January 11, in their next dual meet at the Sports & Recreation Center at 6pm.