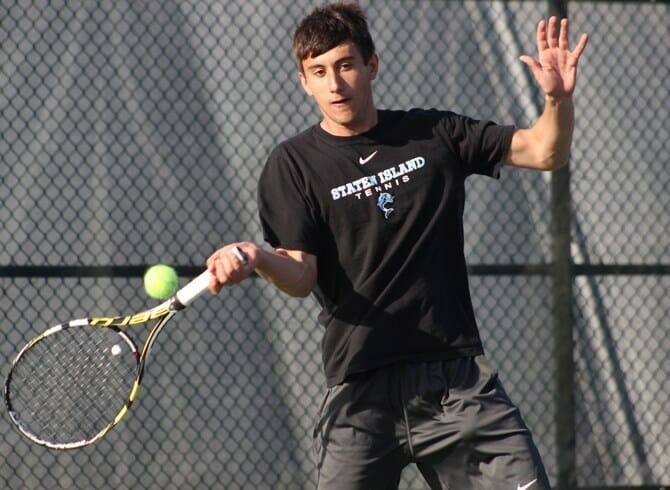 BOXSCORE – The College of Staten Island men’s tennis team fell for the third-straight outing this afternoon, suffering an 8-1 defeat at the hands of Baruch College as part of CUNYAC play at the CSI Tennis Center.  CSI fell to 2-4 overall and 1-2 within the CUNYAC, while the Bearcats won for the 9th straight time, lifting to 9-1, 5-0, respectively.

Baruch got off to 3-0 lead after doubles, a mark that included a big win at No. 2 Doubles from the team of Lewis Pena and David Alabo.  The duo was able to outlast CSI’s Chris Pinto and Matthew Vesci after a tiebreaker that saw the match end 9-8 (9-7).  That fueled Baruch the rest of the way.

CSI will be back in action on Monday, when they travel to Lehman College for a 4pm conference contest.