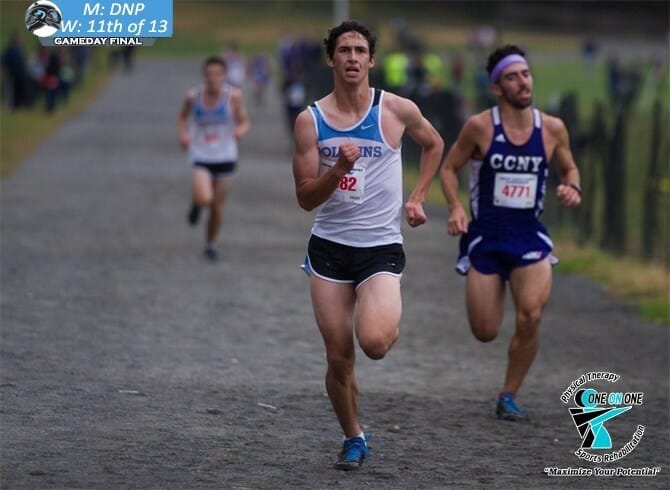 Race Results (W) – Race Results (M) – The College of Staten Island men’s and women’s cross-country squads were in action this morning to kick off their respective 2016 campaigns, racing at the Baruch College Invitational at Van Cortlandt Park in the Bronx, NY.  The women finished in 11th place overall out of 13 teams, while the men did not place for this go-around, fielding an incomplete team.

With a host of new faces the CSI women got off to a solid start this morning, despite missing two of their premier runners.  Newcomer Veronica Lorenzo finished tops for CSI with a respectable opening race time of 31:21 in the 6k event.  That time was good for 34th overall, just 10 seconds ahead of senior Rebecca Vidal, who came in at 31:31 and in 38th overall in the field.  Kwan Ho and Moet Askew finished neck-and-neck in the 41st minute, and Clara Hernandez finished at 44:10, just a few beats ahead of Brianna Benjamin’s time of 44:51.

CSI finished with 270 points, which was good enough to stay ahead of Division II Concordia College and Brooklyn College.  Mount Saint Mary won the meet outright with 37 points while Sarah Lawrence College came in second with 71.  The best CUNYAC finisher was Hunter College with 151 points, good for fourth place overall.

On the men’s side, the team was paced by Liam McMunn’s 11th place finish overall with a race time of 30:36.  From there, Andrew Scharf pulled in a time of 32:49 to secure 27th place while Kenneth Morella (34:59) and Erik Sanchez (35:02) finished back-to-back.  The men’s 8k race was won by Yeshiva University, coming in at 88 points, followed by Suffolk Community College with 103.  The top CUNYAC finisher was CCNY, coming up in third place with 126 points.

CSI is back in action next weekend, when they participate in the Purchase College Invitational on Saturday, September 10.