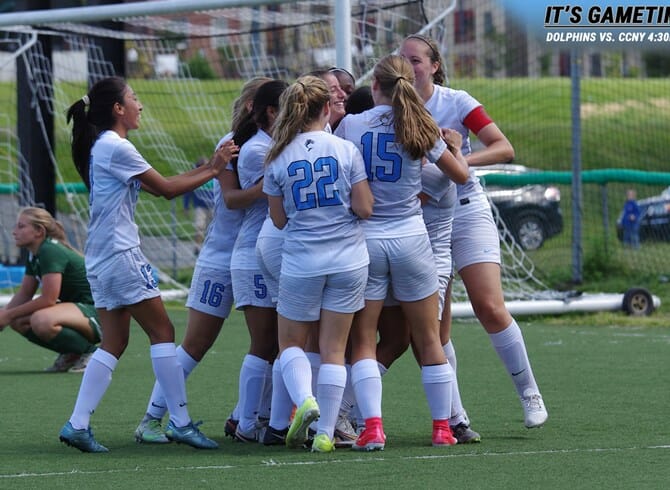 The CSI women’s soccer team have broken their longest winning streak to start a season in program history at five games.  As history continues to march on, the Dolphins will look to pick up their sixth straight win this season as they take on City College of New York at 4:30 PM.

CSI vs. CCNY AT-A-GLANCE
Matchup:  CSI (5-0, 1-0 CUNYAC) vs. CCNY (2-1-0, 0-0 CUNYAC)
Where: 160 Convent Ave, New York, NY 10031
All-Time Series:  CSI leads 23-2-1
Players to Watch (CSI):  The Dolphins have shut out their last four opponents while averaging nearly two goals per game. After scoring just two goals all of last season, Lizabeth Aparicio netted two against CUNYAC opponents, Lehman College for a 2-0 win. Stephanie LaPointe will look to add to her team-high three assists this afternoon as she picks apart opposing defenses with slicing through balls.  Lauren Smith will also see plenty of action in today’s game as she leads all Dolphins with 14 shots.
Players to Watch (CCNY):  The Dolphins will need to keep an eye on Gabrielle Duchaussee as she leads the Beavers with three goals on the year. CCNY is coming off of a 4-1 loss to St. Joseph’s – LI, a game in which they were out shot 28-6. Tatiana Zuluaga sits atop her team with five assists this season as she has been able to break down defenses and find her open teammates.
News and Notes:  Since the Dolphins last lost to the Beavers in 2012 by a score of 1-0, CSI has outscored the Beavers 26-3. Staten Island hasn’t lost a game at CCNY since their meeting in 2009 which saw the Beavers surpass the Dolphins, 3-0. The Dolphins are out-shooting their opponents 79-19 while outscoring them 10-1. Staten Island has been a second half team this season as over 50% of their goals have come in the second half. Since 2011, CSI is 34-2-2 in CUNYAC Regular Season play 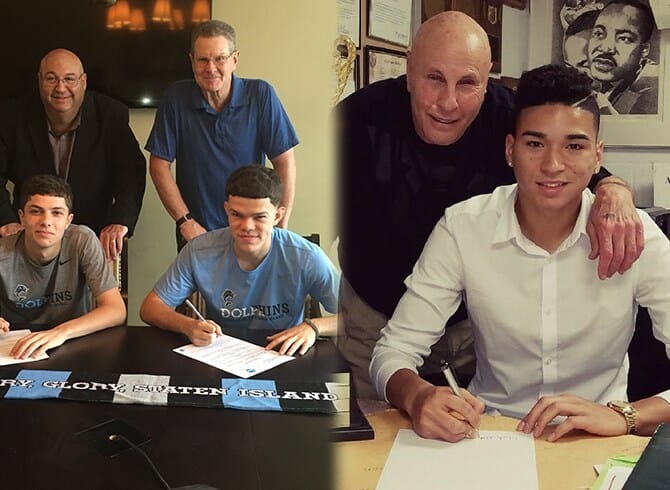 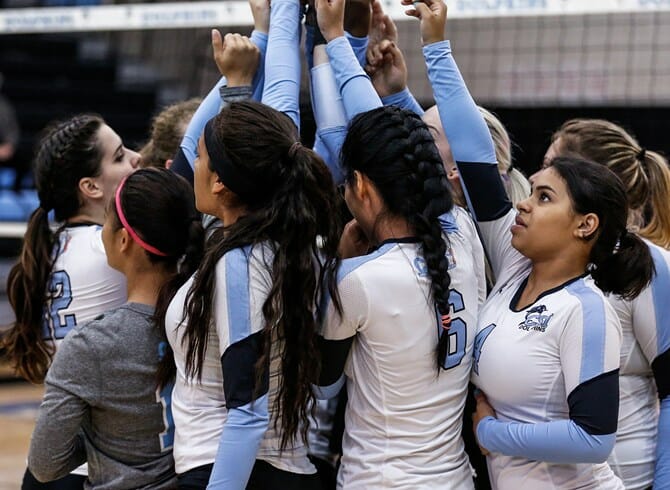 CSI SCORES IN BUNCHES IN 112-80 WIN OVER MEDGAR EVERS 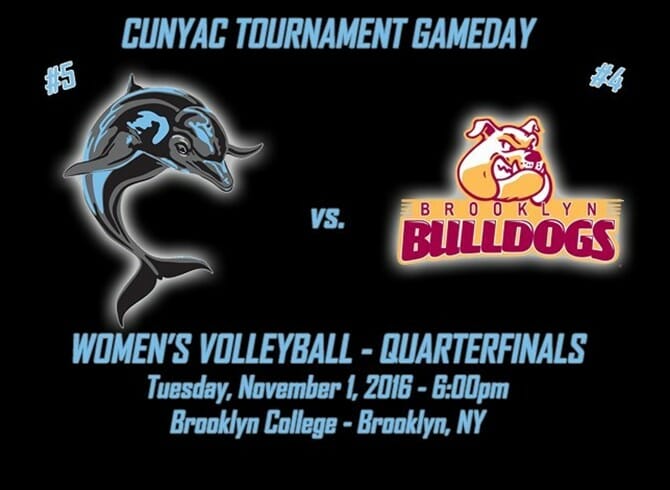