Staten Island, NY | The City College of New York (10-15, 6-2 CUNYAC) needed just four hits in game one to secure a 3-2 victory over The College of Staten Island (8-12, 3-2 CUNYAC). In game two the Beavers were able to withstand a late-game surge by the Dolphins to earn a 7-5 victory to pick up the sweep on the day.

The Dolphins sent out senior right-handed pitcher Derek Jentz (1-1) Saturday afternoon against the Beavers in game one and he put in 6.0 innings of work, striking out eight batters and allowed just one earned run.

Both Anthony DiMarco and Nick Meola drove in early runs for the Dolphins. Jordan Wilson got the Dolphins started with a deep double down the left field line. Sean Becker moved Wilson over to third before DiMarco laced one to left field to plate Wilson. Shortly after scoring their first run, the Dolphins doubled up when DiMarco scored on a Meola infield single.

Two scoreless innings would pass before CCNY tied the game up at two after the error bug struck the Dolphins. The Beavers turned one hit into two runs in the top of the fourth after a pair of errors extended the inning. A throwing error by Sean Becker allowed Stephen Peters to score from third and was followed up by a Khanbilvadi RBI single to center which evened the game at two.

CSI struggled to find their bats, unable to break through the Beavers’ dam, as they continued to hit the ball right to the Beavers, which allowed Cal Romano (2-2) to go the distance, throwing just 78 pitches.

CCNY would strike again in the top of the sixth, scoring what would be the game-winning run.  Cacchione would safely reach on a fielders’ choice and would go on to steal second base. Cacchione wouldn’t have to wait long as Khanbilvadi brought him home with a double to left field.

The Dolphins were unable to answer in either of the final frames handing them their first CUNYAC loss of the season.

Meola finished the game 2-for-3 with an RBI while Jordan Wilson, Anthony DiMarco, and Anthony Lozada all tallied a hit in the game.

Juan Rodriguez (0-3) got the nod for game two, his third start of the season. Rodriguez threw 5.2 innings before being relieved by Chris Karnbach.  Before leaving the game, Rodriguez struck out seven and allowed just two earned runs.

Khanbilvadi’s RBI double to left field put the first run on the board in the second inning, allowing Cacchione to cross the dish.

CSI answered with a pair of runs in the bottom of the second. Glenn Glennerster and Lozada were both standing on base when Jett Nouvertne belted one into left field for a two-RBI double, giving the Dolphins the lead.

The Dolphins wouldn’t hold the lead for long as CCNY knotted the game up at two when Gianikos singled to right field, once again scoring Cacchione. CSI was unable to capitalize on a CCNY error in the bottom of the fourth, which would have doubled their lead as they left the bases loaded in that inning.

The Beavers caught fire in the sixth inning, slapping five hits to score three runs which included an error to take a 5-2 lead.  CSI kept it close, using a pair of errors and a hit to score two runs, bringing them within just one run of their opponents. CSI once again had the bases loaded and Becker stayed patient at the plate earning himself an RBI walk for the first of two runs in that inning.

Terrance Mulligan came in to pitch for Karnbach to start the seventh inning and allowed two hits and two earned runs.  Volquez tripled to left center, beating both Glennerster and Wilson to the wall, which cleared the bases and scored both Moreno and Jacquez.  The pair of runs kept the Dolphins at bay as they made a last second push to try and tie the game up, however, the Dolphins came up just short once again leaving the bases loaded.

Nouvertne played well for the Dolphins in the loss, going 3-for-4 with a pair of RBI and crossed the dish once. Wilson tallied a pair of hits while both Becker and DiMarco collected an RBI each.

Up next for the Dolphins will be New Rochelle tomorrow morning at 10 am at the CSI Baseball Complex for a non-conference doubleheader. 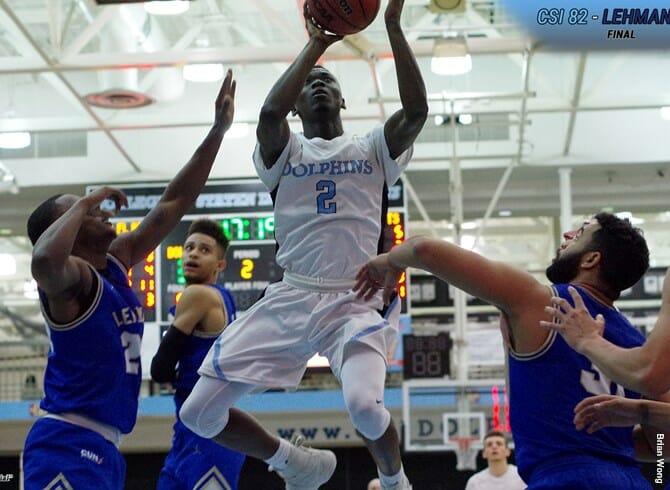 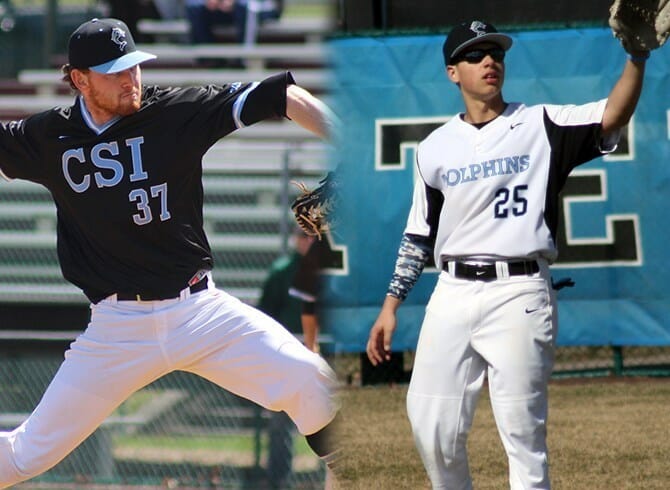 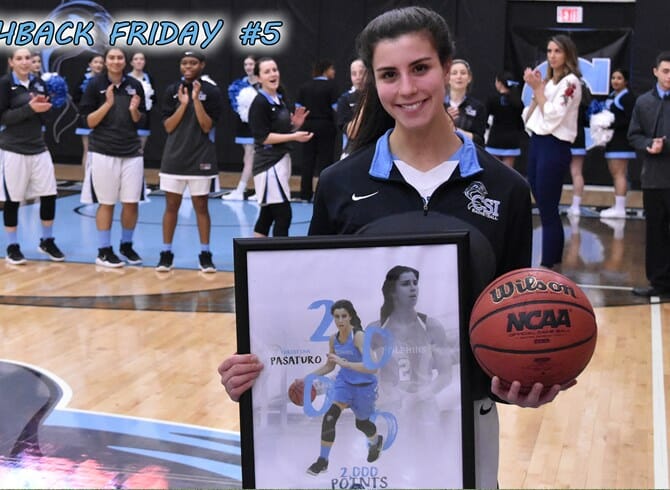 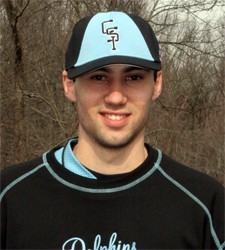