CSI Softball Ready to Get Underway in 2022 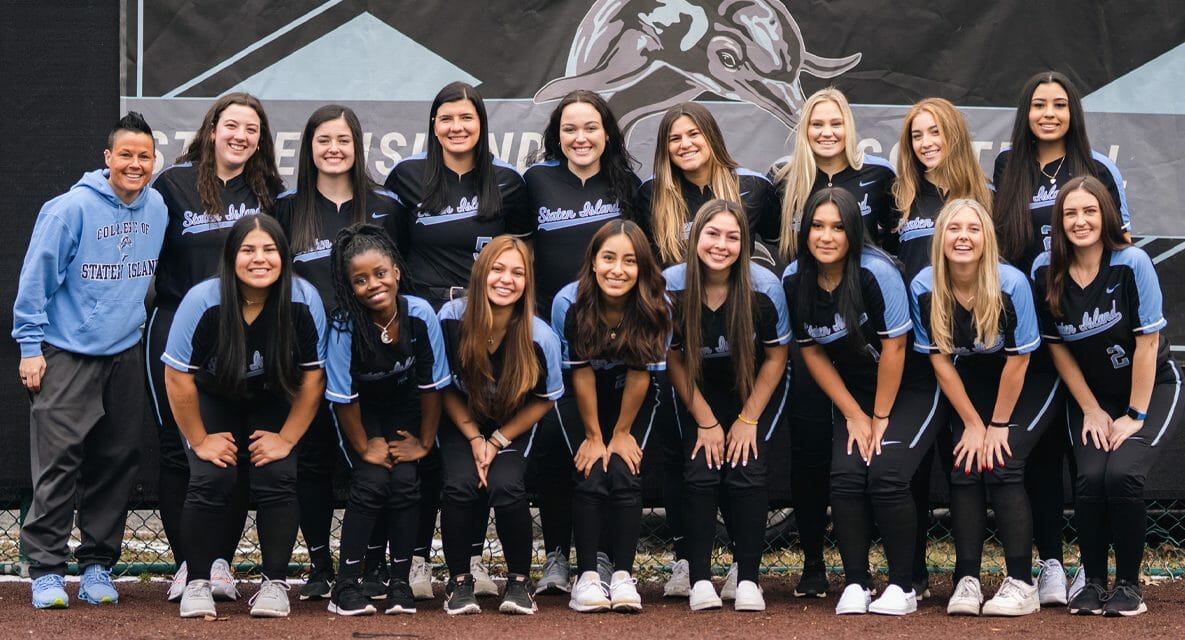 The College of Staten Island Softball team is gearing up for their second go-around in NCAA Division II. Last year the team finished 5-17 with all of their competition occurring inside of East Coast Conference play. Under new Head Coach Tracey Garofalo and with a full year of experience under their belts, the Dolphins will be looking for a surge up the standings in 2022.

CSI will have plenty to prove going in, as they landed at No. 7 in the ECC Preseason Poll, a point behind Queens College in the voting, despite beating them three times a year ago. The number one spot belongs to defending-champs Bridgeport University, who will seek a three-peat this season. CSI is still unable to compete in the postseason as they complete their third and final provisional year in the ECC before becoming postseason eligible. However, according to Garofalo, the team could be poised for a season that can surprise many.

“The biggest thing for us this year is getting our student-athletes to believe in themselves while changing the culture of our team. I want them to be able to step on the field and be ready to compete with any team on the field,” said Garofalo, who knows her team was very competitive a year ago despite their won-loss record. Nine of CSI’s 17 losses were by three runs or less while only one other loss came via the eight-run mercy rule. The new skipper expects the same type of competitiveness from her team. “I want to be that scrappy team so that when opponents play us, they understand we will be the type of team to run through the fence to catch a ball, regardless of whether we’re in the first inning or the last inning or whether we are up in the game or down in the game.” Garofalo’s 15 years of experience as a Head Coach at Post University is expected to prove dividends at CSI, as she oversaw increases in PU’s offensive and defensive ratings each season.

There are many ways a coach can help a team improve individually and statistically, however, Garofalo wants her team to take the reins in every game this season, work on their fundamentals, and get the most of their valuable time on the field. “As long as their energy, effort, and attitude are present in every game, win or lose, it’s going to be a successful season,” she said. With well over a month of practice now following a very abridged 2021 season, her players are excited to get back on the field, especially for Spring Training in Florida, for some their first team-bonding experience. “In terms of talent, we have a great group of experienced seniors, energetic first-year players, along with sophomores and juniors that all have great comradery with each other in just a short amount of time together,” said Garofalo while commenting on her team’s chemistry during practices.

CSI Softball will benefit from a larger roster in 2022.  Last year’s roster featured only 11 players, one of their lowest to start and finish a season in program history. With Garofalo now under the helm, ten Dolphins are returning to the team, buoyed by six additional players including three multi-positional pitchers. Pitching was an area of concern for CSI last year after allowing over 120 earned runs in 22 games. The revamped roster will go a long way in driving that number down.

Despite a larger roster with plenty of leadership, Garofalo has yet to name captains, and she has her reasons. “Right now, I have not named captains, I know that my team will follow our seniors’ leadership and I am so proud of this senior group who have led the right way from the start.”

Catcher Isabel Gallo, infielder Samantha MacPherson, pitcher/utility player Jaclyn Kateridge, pitcher/utility player Nicole Rivera, and outfielder/catcher Claudia Porcaro comprise that upperclassmen leadership. Garofalo would continue, “I think picking captains develops over time, it’s a very special characteristic to have. You have to do so many things right and it can be an added pressure when everyone is looking at you. So, I believe, less pressure may be ideal for our players entering this season amidst all the changes in recent years.”

On Garofalo’s coaching staff this season, Alyson Chiaramonte returns for her second year while Cassidy Petrie and Delanie Cruz join her for their first year as assistant coaches. “Our coaching staff this year will bring out the best in every player. Each coach prides themselves in everything they do, and we want that to translate to the players both on the field and off the field,” added Garofalo. If practices are any indication, Dolphins fans can expect a thrilling season on the field.

CSI Softball will start their 2022 season in Florida playing three doubleheaders games against some quality Division II opponents. All their opponents have started their season already and will have played a handful of games before the Dolphins’ first set of games on Wednesday, March 9. CSI will take on Millersville University on opening day and will follow for a matchup against The College of Saint Rose. On the very next day, CSI will take on Nyack College and then Chestnut Hill College. CSI will wrap up their set of spring games in Florida with matchups against The University of Pittsburgh at Johnstown and will follow with a game against Mercyhurst University. Except for one team, all other teams will be meeting for the first time. CSI’s full softball schedule can be found here. CSI’s full softball 2022 roster can be found here. 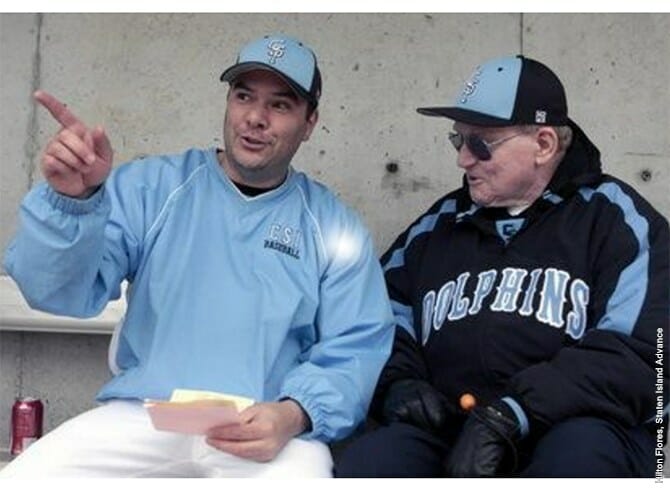 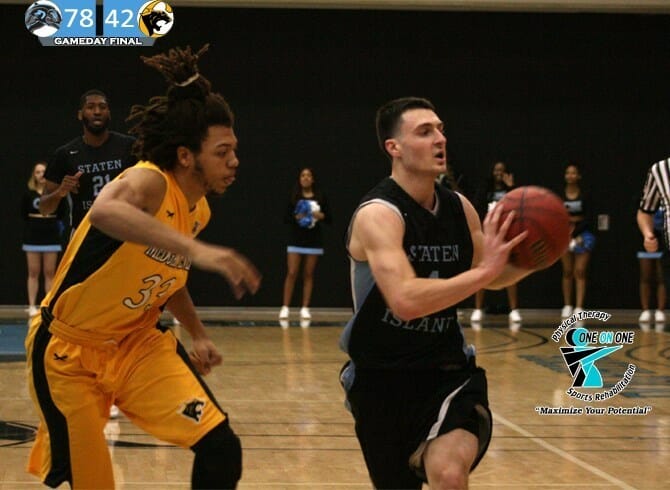 SCHETTINO-MURPHY CONNECTION TOO MUCH FOR MEDGAR EVERS AS CSI PROTECTS HOME COURT, 78-42