College of Staten Island softball finished the weekend with a 4-0 record after defeating City Tech in a doubleheader on Sunday afternoon. The Dolphins are now 6-4 overall.

CSI scored all their runs in the first and second inning, for a final score of 9-0.

The Dolphins scored five runs off of five hits in the first inning. After getting on with a walk, Kristi Dillon scored on a City Tech error. Next, Joanna Tepedino had a two-run triple followed by a Danielle Ponsiglione RBI to left field. In the second round of the line-up, Dillon singled to score Michelle Ferrauolo.

In the second inning, CSI tallied on four more runs off of seven hits. Diana Stout led off with a single and scored when next up, Katie Flynn tripled scoring Stout. Tepedino followed with an RBI triple. Ferraiuolo singled to left scoring Tepedino and putting the score at 8-0.Catherine Ebro closed off the inning with an RBI single to left field to score Ferraiuolo and put the score at 9-0 for the final.

Ponsiglione had the win on the mound with 11 strikeouts in four innings. Stephanie Solari closed the game striking out all three batters she faced.

The Dolphins did their scoring again in the first two innings of play in game two. CSI scored four runs in the first inning off of three City Tech errors and an RBI single by Raechel Strobel.

The second inning saw six runs for CSI with an RBI double both by Flynn and Tepedino and RBI singles by Ferrauiolo and Stout.

Ferraiuolo was the winning pitcher with seven strikeouts.

CSI is back in action on Thursday, March 24 as they travel to Farmingdale State for a 3:30 pm doubleheader. 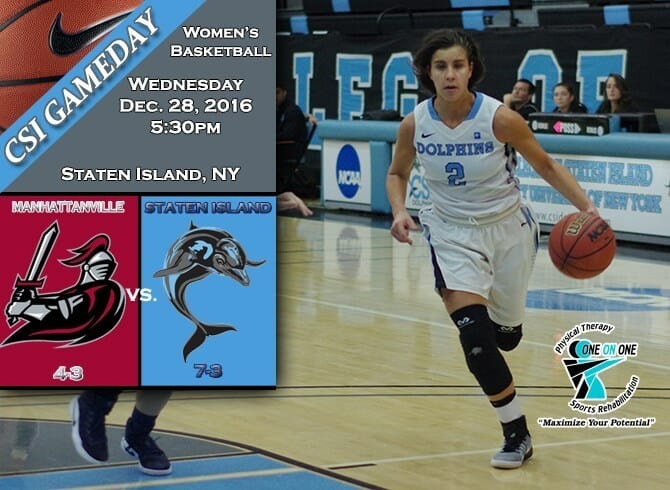