The College of Staten Island men’s tennis squad took their third straight win and their second in the CUNYAC, storming past York College, 9-0, in a match played earlier this afternoon in Jamaica, Queens. CSI advanced to 8-4 overall and 4-1 in conference play, while York dipped to 1-5, 0-2, respectively.

CSI began by taking all three doubles matches, Joseph Taranto and Masaru Takaki soared over YC’s Ayman Busat and Erick Giron, 8-4. At No. 2, Nicholas Zikos teamed with Daniel Ursomanno and at No. 3, the team of Bobby Hargraves and Gary Ambartsumov, with the pair of squads both earning 8-3 wins.

CSI followed by sweeping singles. Zikos took a hard fought, 7-5, 6-3, winner over Busat at the top spot while down at No. 6 Hargraves did cruise in his first set, 6-1, over Michael Lateef, but rallied valiantly to earn a 7-6 win in set two to take the match.

CSI next plays Purchase State in a non-conference test on Monday afternoon at 3:30pm at the CSI Tennis Center. 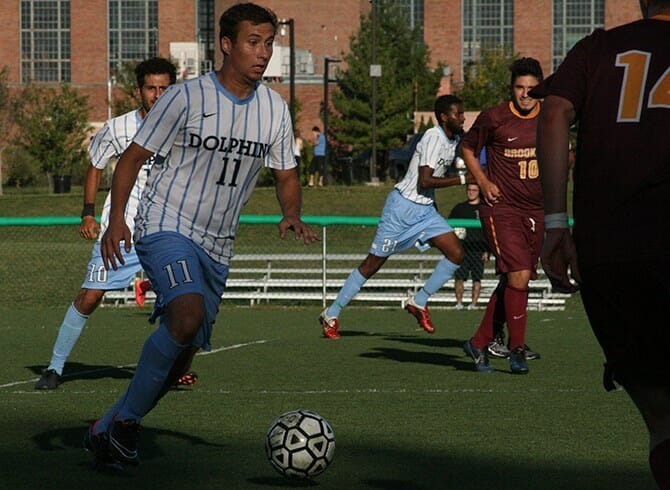 DOLPHINS CAGE THE BULLDOGS IN TOP OF THE TABLE SHOWDOWN