CSI Takes Back the Night 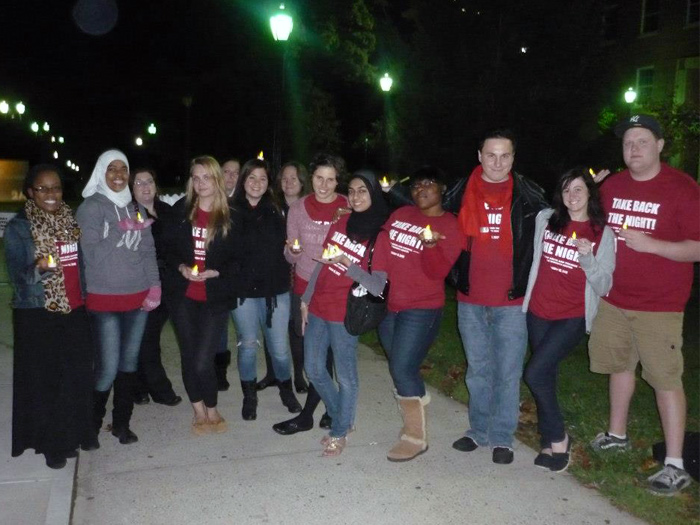 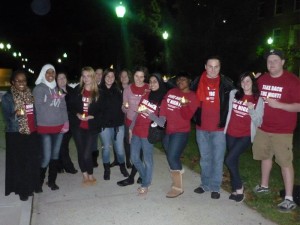 CSI recently hosted its seventh annual “Take Back the Night” event to raise awareness about the continuing problem of violence and abuse against women, as well as all gender-related violence.

The College of Staten Island recently hosted its seventh annual “Take Back the Night” event, raising awareness about the continuing problem of violence and abuse against women and all gender-related violence, on Tuesday, October 16 in the CSI Campus Center Green Dolphin Lounge.  More than 140 people attended.

This year’s event was dedicated to Simeonette Mapes-Crupi, a CSI alumna who graduated with a Master’s degree in Education last May and was found murdered in her condominium this past July. Professors Kenneth Gold (Education) and Maryann Feola (English and Women’s, Gender, and Sexuality Studies) spoke in her memory. Veronica Green, from Safe Horizon, a victim assistance agency, and Sethu Nair, from Sakhi for South Asian Women, spoke of avenues of support for women who have faced violence or abuse, and distributed pamphlets on the specific services her organization provides.

Inspired by the rallying cry of Anne Pride at an anti-violence demonstration in 1977—one year after the first North American March for Women—“Take Back the Night” has successfully raised awareness of women’s rights issues at home and abroad. “For 35 years, women and men around the world have spoken out against violence and abuse under the banner of ‘Take Back the Night’,” said Ellen Goldner, Director of the Bertha Harris Women’s Center and CSI Associate Professor, acknowledging the historical significance of the event. She also praised all those who participated and attended. “Many brave women and men spoke publicly about their experiences of violence, rape, and abuse.  Their voices make it clear that we will not stand silently by in the face of violence,” she said. “The success of this event shows that not only are men and women growing more aware of this issue than ever, but they also understand that there is much work to be done.”

Along with the guest speakers and audience testimony, the Bertha Harris Women’s Center presented a public service video against violence featuring Women’s Center interns and graduate assistants, past and present, who also directed and edited the film. The Center’s Fall 2012 interns also provided statistics about gender-based violence and read their poetry. To end the night, participants took part in the traditional candlelight march through the CSI campus.

The Bertha Harris Women’s Center, located in Building 2N, Room 106, is dedicated to meeting the diverse needs of female students, to addressing gender-related issues, and to empowering women in order to strengthen the entire community. Their mission is to improve the lives of women at the College of Staten Island by encouraging the personal growth of students through a variety of programs, services, events, counseling, and information based on resources of different departments within the College. 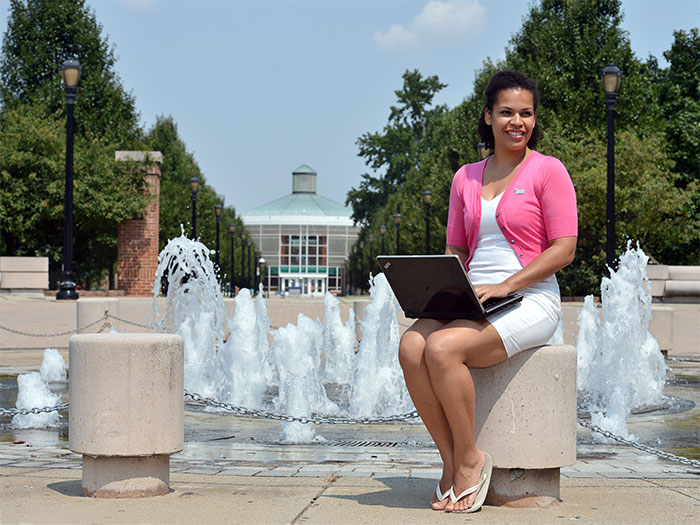 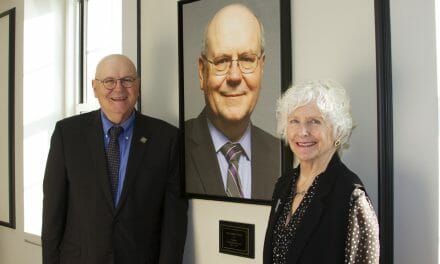 See It: Portrait and Bench Dedication