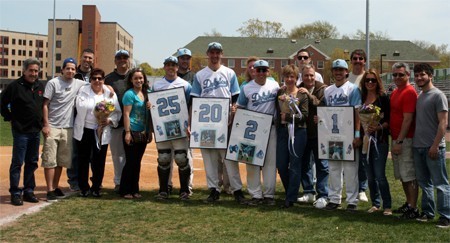 CSI Baseball seniors collect with their friends, family, and coaches prior to first pitch

The College of Staten Island men’s baseball squad rang in Senior Day at the Tomas D. Morales Baseball Field with a resounding, 15-3, victory over visiting John Jay College in a single game that did not count towards the CUNYAC standings.  CSI, which scored in every inning, advanced their record to 26-11 overall, while the Bloodhounds fell to 5-23.

Prior to first pitch, the Dolphins honored their four seniors, Robert Bernardo, Dan Lynch, Richard Anderson and Bryan Moreno, and the quartet each had a hand in the victory.  CSI scored a run in each of the first two frames against JJC starter Chris Cracchiolo.  A Will DiFede RBI-single tallied the game’s first run via Joseph Palmeri, and in the second, a Lynch bunt-single would score David Carles from second base, aided by a JJC fielding error.

CSI starter Anthony Storz ran into trouble, however, in the third, surrendering a pair of runs that knotted the game at 2-2.  CSI responded, however, when senior Bernardo drove in Chris Ramanauskas via a sac fly, and after three frames, CSI was up, 3-2.  The Dolphins then took an emphatic step forward in the fourth.  Moreno got into the action with an RBI-single that scored Phil Ciprello, who led off with a double.  After a walk to Palmeri, Ramanauskas doubled to score Moreno, and consecutive singles by DiFede and Bernardo drove in Palmeri and Ramanauskas to give CSI a commanding 7-2 edge.

Lynch dropped another bunt for a base hit with Carles in motion from second base to score CSI’s lone run in the fifth, and a John Baggs sac fly scored another in the sixth, to give CSI a 9-3 lead.

In the seventh, off of JJC reliever David Schildwachter, the Dolphins continued to add to their 18 hit total.  A Moreno single advance Lynch, who led off with a walk.  After registering an out, DiFede added to hit big day with a two-RBI single to make it 11-3.  CSI would score another digit on an error, going into the eighth inning up 12-3.  While CSI reliever John Pignatelli threw a scoreless eighth, the Dolphins made mid-inning substitutions for Bernardo and Lynch to cheers.  Then, in the bottom of the eighth, CSI added some flair.  With two men out and two runners on, senior pitcher Richard Anderson, who tossed a complete-game eight inning win yesterday over #4 Salisbury University, stepped up to the plate as a pinch hitter for Ramanauskas.

After taking a pitch inside, Anderson hopped on the next pitch, screaming an-RBI double down the left field line to the cheers of his teammates.  Anderson quickly excited as pinch-runner Kieran Monaghan came in to run to a rousing ovation from the fans.  DiFede capped his awesome day with a two-RBI double after that, leaving the score, 15-3.

In one more tribute, Moreno was lifted from the game with two outs in the ninth to another hearty applause.  All told, the four seniors went 7-14 at the dish with four RBI and four runs scored.  Lynch added a pair of stolen bases, part of seven total for the Dolphins.

CSI will have a final home game on its slate before embarking on the playoff run.  They will host Farmingdale State on Wednesday, May 1, under the lights for a single game at 7pm. 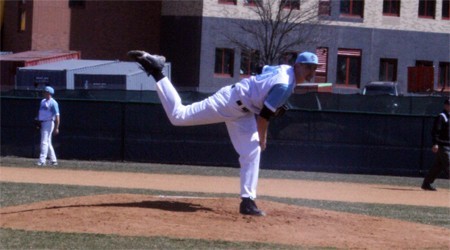 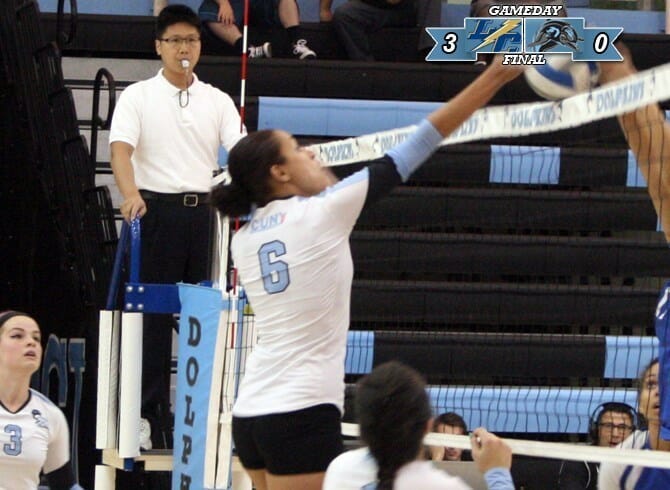