DOLPHINS TAKE ON CARDINALS TONIGHT AT 5:30 AGAINST YORK COLLEGE 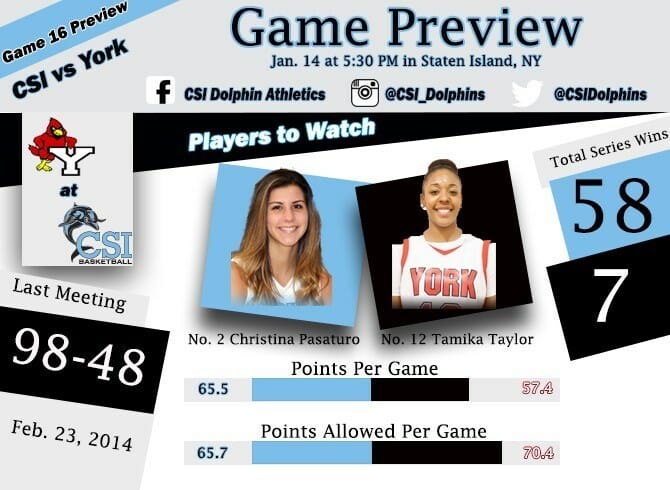 The College of Staten Island women’s basketball team is back in action tonight at 5:30 pm against York College in Staten Island, NY, at the CSI Sports & Rec Center.

The Dolphins (7-8, 4-2 CUNYAC) come into tonight’s game on a two game win streak which came against CUNYAC opponents to boost their conference record to 4-2.  CSI has been dominant against the cardinals and lead the all-time series, 58-7.  Their dominance over the Cardinals is on display as CSI has only lost once to York College in the last 15 years.

York College bounced back from a four game losing streak on Monday when they beat U.S.M.M.A  61-59.  Tamika Taylor poured in 20 points for the Cardinals enroute to their win and also grabbed 10 rebounds.  York has played well on the road this season as three of their four wins all came away from home.  The Cardinals will hope they can use the momentum of Monday’s win to leave tonight’s game victorious.

Seven time CUNYAC Rookie of the Week, Christina Pasaturo will look to the lead the Dolphins to their third straight win tonight.   Pasaturo has adapted to the college style of play very well and has flourished as she is averaging 15.5 points per game which is good enough to be tied for fourth in the CUNYAC. Victoria Crea has also stepped up her scoring and is contributing 10 points of her own per game while dishing out two assists.

Fans, if you are unable to make tonight’s you can now watch and listen to the game live at www.csidolphins.com/watch 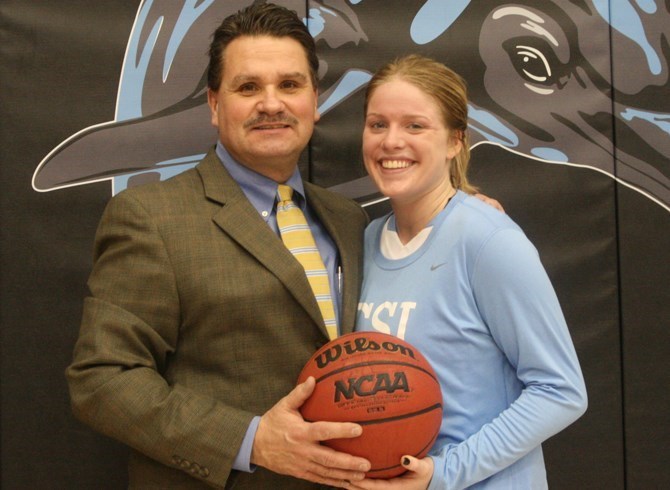