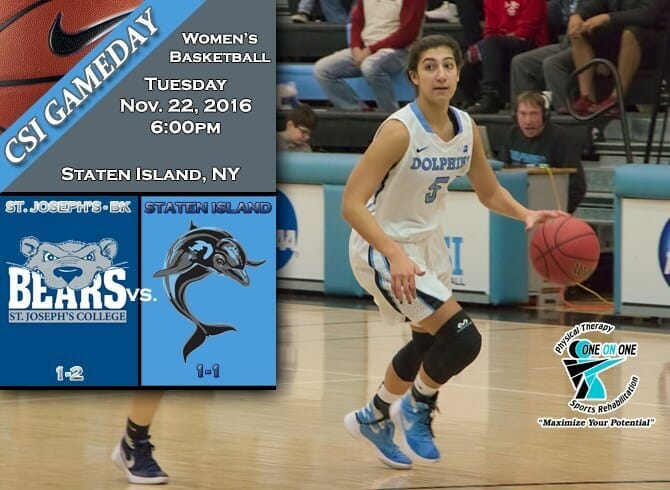 The College of Staten Island women’s basketball team will return to their home court tonight against a Bears team they have dominated at the CSI Sports & Recreation Center at 6:00 pm. St. Joseph’s College – Brooklyn will come into tonight’s game trending upward as they snapped their two-game losing skid with a 65-58 win over John Jay.  The Dolphins also moving in the right direction, picking up a 68-49 win over Western New England University over the weekend.

CSI vs. ST. JOSEPH’S COLLEGE – BROOKLYN AT-A-GLANCE
Matchup: CSI (1-1 overall, 0-0 CUNYAC) vs. St. Joseph’s College – Brooklyn (1-2 Overall, 0-0 Skyline)
Where: CSI Sports & Recreation Center- 2800 Victory Blvd, Staten Island, NY
Tip-Off:  6:00 pm
Live Stats: www.sidearmstats.com/csi/wbball
Live Video: www.csidolphins.com/csisportsnet
All-Time Series: CSI leads 17-1
Last Meeting: Dec 12, 2015 – CSI won 74-57
Players To Watch (CSI):  Samantha Flecker continues to improve in her junior season and leads the Dolphins with 19 points per game.  Angelique Price has become one of the Dolphins’ most prolific scorers this season, averaging 16.5 points per game on 46% shooting from the floor. Christina Pasaturo is averaging a double-double this season after collecting three double-doubles all of last season.
Players To Watch (SJC-BK): Destiny Marino is by far the Bears’ best player as she is averaging 17.3 points per game in just 27 minutes per game.  Marino has a knack for finding her way to the charity stripe as she is shooting 19-24 (79.2%) from the line. On the boards it has been Caitlyn Staab making sure opponents don’t get second chance opportunities.  Staab is averaging 6.5 rebounds a game followed by Kristen Candelaria with 6.3.
News & Notes: Staten Island has won four straight against the Bears of St. Joseph’s Brooklyn and have never lost to them at the CSI Sports & Recreation Center boasting a perfect 8-0 record. The Dolphins are averaging 64 points per game as a team while allowing just 55. Last season the Dolphins shot 31% from downtown but this season their percentage has dropped to 25%.  For the Bears, they are averaging 58 points per game while grabbing 42 boards per game, 10 shy of what the Dolphins are averaging. St. Joseph’s College opened their season on a two-game losing skid but have since snapped that with a win over CUNYAC opponents John Jay College. 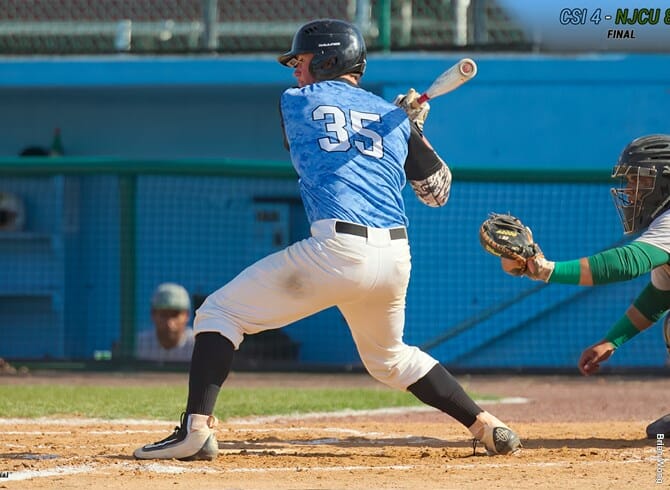