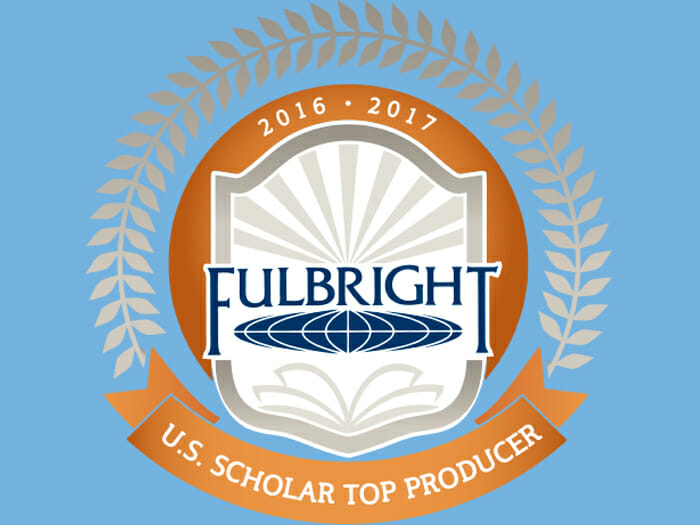 The U.S. Department of State’s Bureau of Educational and Cultural Affairs recently announced the U.S. colleges and universities that produced the most 2016-2017 Fulbright U.S. Scholars. The College of Staten Island (CSI) is a top-producing Fulbright Scholar institution, receiving the second most Fulbright awards in a ranking of Master’s Institutions.

Dr. Chin is currently lecturing on U.S. journalism, focusing on food and popular culture in China, and Dr. Zhu, who has been awarded a Fulbright Senior Research Fellowship, is conducting research in China, primarily based in the Shanghai Film Academy.

The Fulbright Program is the U.S. government’s flagship international educational exchange program. Top-producing institutions are highlighted annually in The Chronicle of Higher Education.

Since its inception in 1946, the Fulbright Program has provided more than 370,000 participants—chosen for their academic merit and leadership potential — with the opportunity to exchange ideas and contribute to finding solutions to shared international concerns. More than 1,100 U.S. college and university faculty and administrators, professionals, artists, journalists, scientists, lawyers, and independent scholars are awarded Fulbright grants to teach and/or conduct research annually. The Fulbright U.S. Scholar Program operates in more than 125 countries throughout the world. Lists of Fulbright Scholar recipients are available on their Web site.