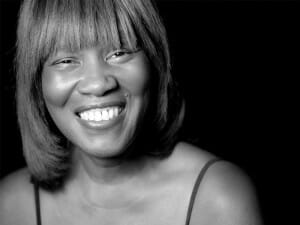 CSI Professor of English Patricia Smith has been garnering a lot of attention lately. It started when her latest collection of poetry, titled Incendiary Art: Poems (TriQuarterly Books/Northwestern University Press, 2017) won an NAACP (National Association for the Advancement of Colored People) Image Award for Outstanding Literary Work – Poetry. As Smith and the College community were celebrating that honor, Smith also won the prestigious $100,000 Kingsley Tufts Poetry Award for the same collection.

Now, it has recently been announced that Smith has won the the Los Angeles Times Book Prize​ for poetry for Incendiary Art.

Commenting on her inspiration for the collection, Smith said, “Incendiary was born in two places at once. During the riots following the murder of Michael Brown in Ferguson, I kept hearing people question the wisdom of ‘black people burning down their own neighborhoods’. Then, following one of candidate Donald Trump’s campaign rallies, a supporter admitted that he had dreamed of burning a black man alive. I began to think of how fire constantly laps at the edges of our lives–as a threat, as an act of frustration, as a way to burn everything clean in hopes of starting over. And the book started there. Although I had one or two poems that fit immediately, most of the work came after the idea. And that was just a way of beginning–the entire book isn’t tied to the same idea, but as I kept writing, “incendiary” came to apply to many things.”

Regarding how she feels about receiving the NAACP Image Award, Smith, who has been at CSI since 2009, and has taught a number of English classes at the College, including Intro to Poetry, Advanced Poetry, and Poetry Workshop, at both the undergraduate and graduate levels, stated that “I can’t speak for every writer, but I often feel like I’m writing in a vacuum–writing what I need to write in order to move from day to day with some semblance of sanity. I can never be entirely certain than anyone else hears me or realizes what it is I hope to accomplish. A recognition like this one, from an organization as storied and driven as the NAACP, is a strong impetus to keep writing. It’s an acknowledgment that someone else has connected to these poems, that these poems are somehow important in the evolution of community.”

As for her reaction to winning the Kingsley Tufts Poetry Award, Smith said, “Incendiary Art was born of necessity–it’s a response to loss, blatant instances of murder, grief too deep to be named. These are poems I expected people to turn away from–these are not topics a reader wants to muse upon, sit down and spend time with. But this award reminds me how hungry we are nowadays for any kind of truth–no matter how blue, no matter how disturbing, no matter how it jolts our staid assumptions and shifts the world on its axis. This is proof that someone listened and found worth in a story I wanted everyone to hear.”

Patricia Smith is the author of eight critically recognized poetry collections, including Blood Dazzler, finalist for the 2008 National Book Award. Among her honors and awards, she was a 2014 Guggenheim Fellow, and she has received the 2014 Rebekah Johnson Bobbitt National Prize from the Library of Congress, the 2013 Lenore Marshall Poetry Prize from the Academy of American Poets, and a 2013 Phillis Wheatley Book Award. A formidable performer, Smith has read her work at venues all over the United States and around the world.