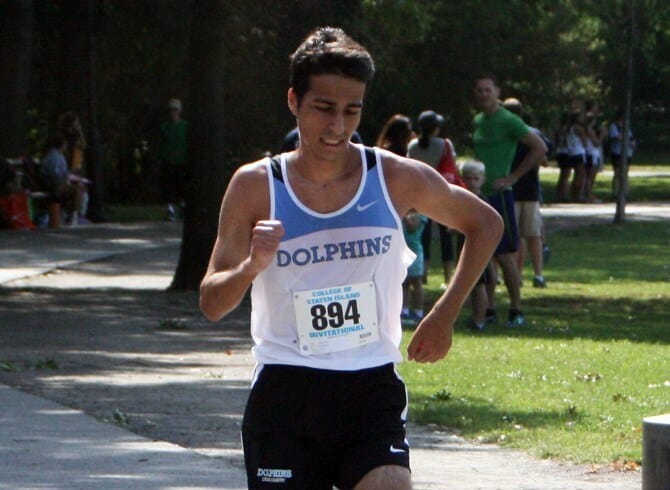 College of Staten Island men’s cross-country sophomore Andrew Scharf has earned his second honor from the City University of New York Athletic Conference, being named Player of the Week for his efforts this past Saturday at the Bard Invitational.

In the 8k event, Scharf turned in another magnificent performance.  He scored a 9th place finish in the event, and was the top CUNYAC runner in the event, which was attended by 136 runners on the men’s side.  His overall time of 27:21 was a personal milestone, and set a new school record for a performance in the 8k, breaking former-Dolphin Andrew Pate’s race time at the same event two years earlier.

Scharf and the Dolphins raced to a 5th-place finish in the event overall, improving on their sixth-place performance of a year ago in the same race.  The race was attended by 15 teams overall.

CSI will next participate in the York College Invitational at Clove Lakes Park in the Bronx, NY.  This will be another 8k event.  Scharf was the CUNYAC and ECAC Player of the week two weeks ago, after CSI’s opening race of the season.